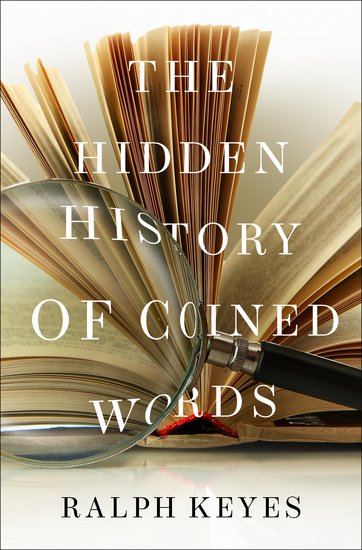 Successful word-coinages — those that stay in currency for a good long time — tend to conceal their beginnings. We take them at face value and rarely when and where they were first minted. Engaging, illuminating, and authoritative, Ralph Keyes's The Hidden History of Coined Words explores the etymological underworld of terms and expressions and uncovers plenty of hidden gems.

He also finds some fascinating patterns, such as that successful neologisms are as likely to be created by chance as by design. A remarkable number of new words were coined whimsically, originally intended to troll or taunt. Knickers, for example, resulted from a hoax; big bang from an insult. Casual wisecracking produced software, crowdsource, and blog. More than a few resulted from happy accidents, such as typos, mistranslations, and mishearing (bigly and buttonhole), or from being taken
entirely out of context (robotics). Neologizers (a Thomas Jefferson coinage) include not just scholars and writers but cartoonists, columnists, children's book authors. Wimp originated with a book series, as did goop, and nerd from a book by Dr. Seuss. Coinages are often contested, controversy swirling
around such terms as gonzo, mojo, and booty call. Keyes considers all contenders, while also leading us through the fray between new word partisans, and those who resist them strenuously. He concludes with advice about how to make your own successful coinage.

The Hidden History of Coined Words will appeal not just to word mavens but history buffs, trivia contesters, and anyone who loves the immersive power of language. How We Read Now 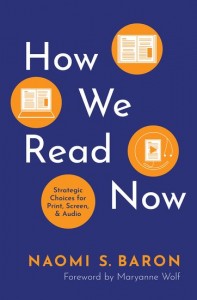 Readers of all ages, especially those in school, use learning materials in print, on digital screens, and increasingly with audio. While the words may be the same, research shows important differences in the way we concentrate, understand, and remember with these three media.