The Economics of Hunger in Punjab 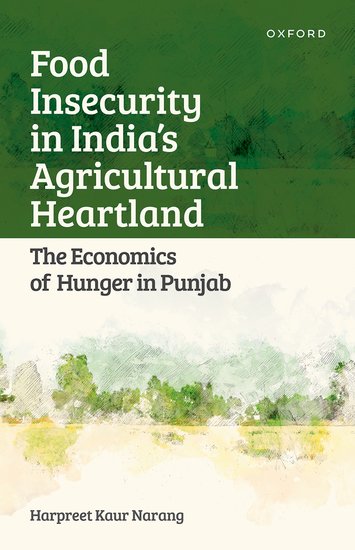 The Economics of Hunger in Punjab

This book brings to the fore the different dimensions of the deprivation of human capabilities and the intricate relationship between food security and economy, ecology, and state policy within the Indian state of Punjab.

India is home to the world's largest hungry population and has a long way to go before it is anywhere near the mammoth task of achieving the United Nations' goal of ending hunger in 2030. It is ironic that this book raises the issue of "Hunger" in a state where it is least expected. Punjab is a state with mountains of food grains and overflowing godowns, with highest yields, and largest area under irrigation. Not only that, it is the Green Revolution state of India,
that has played the most prominent role in helping India achieve its goal of food self-sufficiency.

By investigating the hydra-headed concept of food security in Indian Punjab, this book brings to fore the different dimensions of the deprivation of human capabilities and the intricate relationship between food security and economy, ecology, and state policy. Moreover, it is a wakeup call for India; for if, this is the state of affairs in one of the more prosperous primarily agrarian states, what would be the situation in the poorer ones? The primary objective is to divert urgent attention to
the issue of food security, as an important ingredient of human resource development. With a strong commitment to achieving the primary goal of human resource development, India's biggest burden could well become India's greatest asset in the path to inclusive development.

The Law and Practice of International Commissions of Inquiry 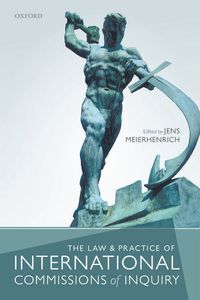 This book examines one of the most frequently used-but least understood-forms of humanitarian intervention: international commissions of inquiry (ICOIs). The international community is increasingly dispatching these investigative bodies to conflict zones in an effort to respond to atrocities from civil war to genocide. 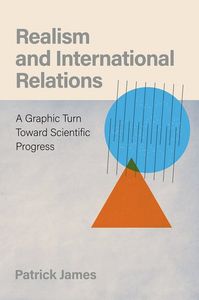 Translating the vast amount of information in the field of international relations into knowledge requires a greater emphasis on communication beyond the use of text. Given the challenges posed by existing and intensifying information overload, Patrick James calls for a new vision of progress with a solid foundation in the philosophy of inquiry and through graphic representation of cause and effect. 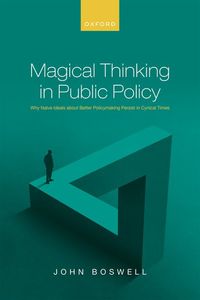 This book explores why naïve ideals about better policymaking persist even in cynical times, revealing the careful reflection at the heart of what appears to be 'magical thinking' in public policy, and offering new insights into the continuing appeal of such ideals.