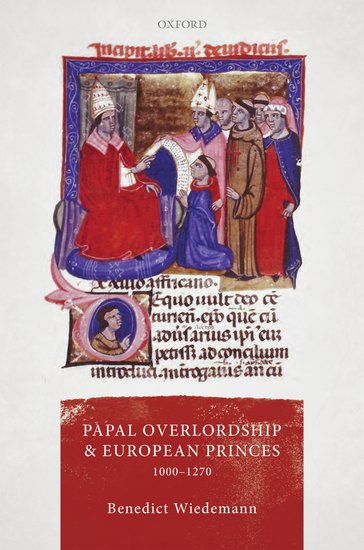 This study reinterprets the relationship between the medieval papacy and independent states, suggesting that kings and governments were able to increase their effective power through close relationships with the international papacy, making the papacy integral to the creation of centralized national states and kingdoms in Europe.

Papal Overlordship and European Princes, 1000-1270 offers a new perspective on the political history of the central Middle Ages by focusing on the alliances between popes and rulers who claimed a special relationship with the successor of St Peter. Rather than seeing these relationships as attempts by the popes to assert their lordship and monarchy over the entire world, as many past narratives have, this study asks what rulers got out of these
relationships, what they meant, and how they were constructed. Papal government - in fact much pre-modern government in general - was based around replying to petitions. Thus, rulers and subjects, by entering into a relationship with the pope, were able to petition Rome and have their requests approved and given the
sanction of papal authority. Papal power was enlisted in the causes of petitioners.

All of these relationships - between the popes and the kings of England, Aragon, Sicily, Hungary, Portugal, and a myriad of further polities - have at one time or another been called 'feudal', a word that explains little or nothing about the nature and expectations of the alliance. The second strand of this study examines how these relationships were constructed and how words and concepts circulated. Eventually terms like 'fief' and 'vassal', and ideas about deposition of vassal-kings, were
introduced into the political discourse around papal authority over 'their' kings. It always remained the case, however, that rulers sought out papal overlordship because of the opportunity it gave them to adopt and adapt papal power for their own purposes.