The CAA and the NRC 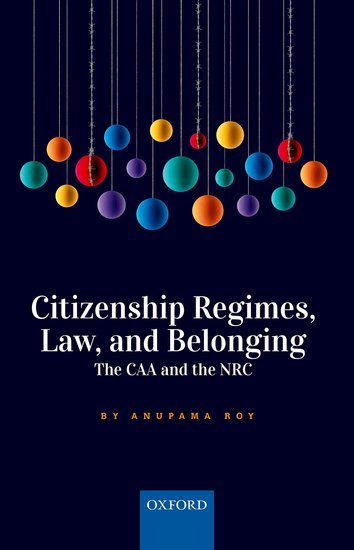 The CAA and the NRC

This work analyzes the contemporary landscape of citizenship in India as dominated by the Citizenship Amendment Act (CAA) 2019, and the National Register of Citizens (NRC).

Successive amendments in the citizenship law in India have spawned distinct regimes of citizenship. The idea of citizenship regimes is crucial for making the argument that law must be seen not simply as bare provisions but also examined for the ideological practices that validate it and lay claims to its enforceability. While citizenship regime in India can be distinguished from one another on the basis on their distinct political and legal rationalities,
cumulatively they present a movement from jus soli to jus sanguinis. The movement towards jus sanguinis has been a complex process of entrenchment of exclusionary nationhood under the veneer of liberal citizenship. This work argues that the contemporary landscape of citizenship in India is dominated by the
Citizenship Amendment Act (CAA) 2019 and the National Register of Citizens (NRC). The CAA 2019 and the NRC emerged as distinct tendencies from the amendment in the citizenship law in 2003. These tendencies subsequently become conjoined in an ideological alignment to make citizenship dependent on lineage, spelling out ideas of belonging which are tied to descent and blood ties. The NRC has invoked the spectre of 'crisis' in citizenship generated by indiscriminate immigration and the risks
presented by 'illegal migrants', to justify an extraordinary regime of citizenship. The CAA provides for the exemption of some migrants from this regime by making religion the criterion of distinguishability. The CAA 2019 and NRC have generated a regime of 'bounded citizenship' based on the assumption that
citizenship can be passed on as a legacy of ancestry making it a natural and constitutive identity. The politics of Hindutva serves as an ideological apparatus buttressing the regime and propelling the movement away from the foundational principles of secular-constitutionalism that characterised Indian citizenship in 1949.