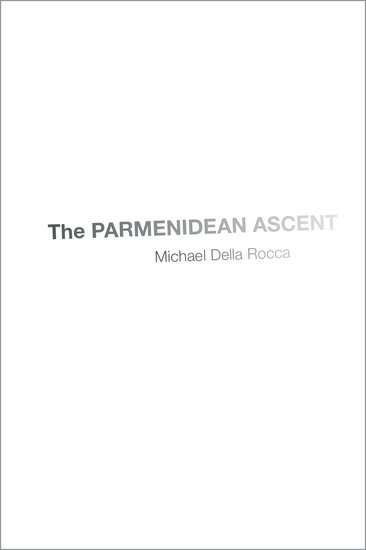 The Parmenidean Ascent is a full-throated and wide-ranging defense of an extreme form of monism or the denial of all distinctions, a form of monism rarely seen since the time of the pre-Socratic philosopher, Parmenides.

For the Parmenidean monist, there are no distinctions whatsoever-indeed, distinctions are unintelligible. In The Parmenidean Ascent, Michael Della Rocca aims to revive this controversial approach on rationalist grounds. He not only defends the attribution of such an extreme monism to the pre-Socratic philosopher Parmenides, but also embraces this extreme monism in its own right and expands these monistic results to many of the most crucial areas of
philosophy, including being, action, knowledge, meaning, truth, and metaphysical explanation. On Della Rocca's account, there is no differentiated being, no differentiated action, knowledge, or meaning; rather all is being, just as all is action, all is knowledge, all is meaning.

Motivating this argument is a detailed survey of the failure of leading positions (both historical and contemporary) to meet a demand for the explanation of a given phenomenon, together with a powerful, original version of a Bradleyan argument against the reality of relations. The result is a rationalist rejection of all distinctions and a skeptical denial of the intelligibility of ordinary, relational notions of being, action, knowledge, and meaning.

Della Rocca then turns this analysis on the practice of philosophy itself. Followed to its conclusion, Parmenidean monism rejects any distinction between philosophy and the study of its history. Such a conclusion challenges methods popular in the practice of philosophy today, including especially the method of relying on intuitions and common sense as the basis of philosophical inquiry. The historically-minded and rationalist approach used throughout the book aims to demonstrate the ultimate
bankruptcy of the prevailing methodology. It promises-on rationalist grounds-to inspire much soul-searching on the part of philosophers and to challenge the content and the methods of so much philosophy both now and in the past.

A Theory of Prudence 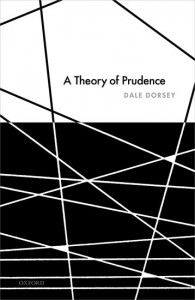 Leading philosophers bring the tools of contemporary epistemology to bear on some of the most pressing social and political questions facing us as agents in the world today. This volume explores a diverse range of topics as they relate to epistemology under broad themes including injustice, race, feminism, sexual consent, and the internet. The Christian tradition offers a compelling vision of what it is for human life to be lived well. This collection articulates various aspects of that vision in ways that will deepen understanding of virtue formation.