The Rise and Fall of the Neoliberal Order

America and the World in the Free Market Era 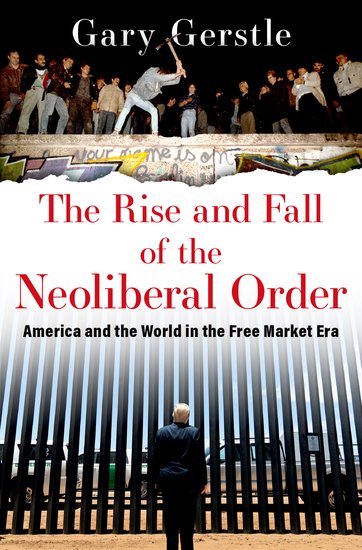 The Rise and Fall of the Neoliberal Order

America and the World in the Free Market Era

In The Rise and Fall of the Neoliberal Order, Gary Gerstle provides a sweeping re-interpretation of the entire era-from the revival of market liberalism in the 1970s to the ruin generated by the 2008 global financial crisis-that places America at the center.

Beschrijving The Rise and Fall of the Neoliberal Order

The most sweeping account of how neoliberalism came to dominate American politics for nearly a half century before crashing against the forces of Trumpism on the right and a new progressivism on the left.

The epochal shift toward neoliberalism-a web of related policies that, broadly speaking, reduced the footprint of government in society and reassigned economic power to private market forces-that began in the United States and Great Britain in the late 1970s fundamentally changed the world. Today, the word "neoliberal" is often used to condemn a broad swath of policies, from prizing free market principles over people to advancing privatization programs in developing nations around the world.

To be sure, neoliberalism has contributed to a number of alarming trends, not least of which has been a massive growth in income inequality. Yet as the eminent historian Gary Gerstle argues in The Rise and Fall of the Neoliberal Order, these indictments fail to reckon with the full contours of what neoliberalism was and why its worldview had such persuasive hold on both the right and the left for three decades. As he shows, the neoliberal order that emerged in America in the 1970s
fused ideas of deregulation with personal freedoms, open borders with cosmopolitanism, and globalization with the promise of increased prosperity for all. Along with tracing how this worldview emerged in America and grew to dominate the world, Gerstle explores the previously unrecognized extent to which its
triumph was facilitated by the collapse of the Soviet Union and its communist allies. He is also the first to chart the story of the neoliberal order's fall, originating in the failed reconstruction of Iraq and Great Recession of the Bush years and culminating in the rise of Trump and a reinvigorated Bernie Sanders-led American left in the 2010s.

An indispensable and sweeping re-interpretation of the last fifty years, this book illuminates how the ideology of neoliberalism became so infused in the daily life of an era, while probing what remains of that ideology and its political programs as America enters an uncertain future.