The Work of Adbhutarasa in the Mahabharata and the Harivamsa 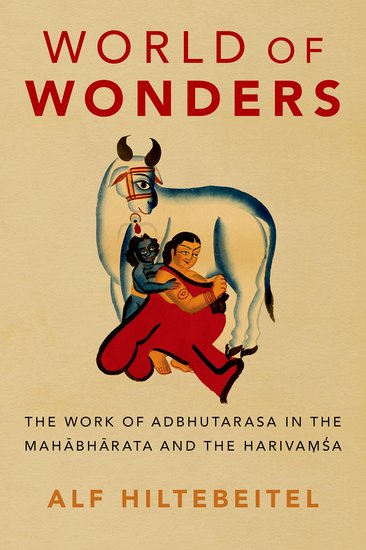 The Work of Adbhutarasa in the Mahabharata and the Harivamsa

In World of Wonders, Alf Hiltebeitel addresses the Mahabharata and its supplement, the Harivamsa, through the critical lens of the Indian aesthetic theory of rasa, "juice, essence, or taste." Rejecting the traditional reading of these texts, he argues that the dominant rasa is adbhutarasa, the "mood of wonder."

In World of Wonders, Alf Hiltebeitel addresses the Mahabharata and its supplement, the Harivamsa, as a single literary composition. Looking at the work through the critical lens of the Indian aesthetic theory of rasa, "juice, essence, or taste," he argues that the dominant rasa of these two texts is adbhutarasa, the "mood of wonder." While the Mahabharata signposts whole units of the text as "wondrous" in its table of contents, the Harivamsa foregrounds a
stepped-up term for wonder (ascarya) that drives home the point that Vishnu and Krishna are one.

Two scholars of the 9th and 10th centuries, Anandavardhana and Abhinavagupta, identified the Mahabharata's dominant rasa as santarasa, the "mood of peace." This has traditionally been received as the only serious contestant for a rasic interpretation of the epic. Hiltebeitel disputes both the positive claim that the santarasa interpretation is correct and the negative claim that adbhutarasa is a frivolous rasa that cannot sustain a major work. The heart of his argument is that the Mahabharata
and Harivamsa both deploy the terms for "wonder" and "surprise" (vismaya) in significant numbers that extend into every facet of these heterogeneous texts, showing how adbhutarasa is at work in the rich and contrasting textual strategies which are integral to the structure of the two
texts. 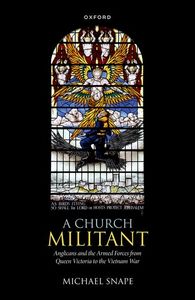 This is a study of the relationship between Anglicans and the armed forces, of the military heritage and history of Anglican Communion, and the changing nature of this relationship between the mid-Victorian period and the 1970s (spanning imperial expansion, colonial conflict, both World Wars, the Cold War, wars of decolonisation, and Vietnam). 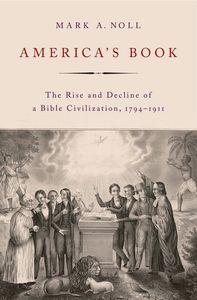 America's Book shows how the Bible decisively shaped American national history even as that history decisively influenced the use of Scripture. North Americans and Western Europeans increasingly identify as 'spiritual but not religious'. This book combines cultural sociology with intellectual history and political philosophy to examine this 'spiritual turn'.