Constitutionalism in the American Revolution 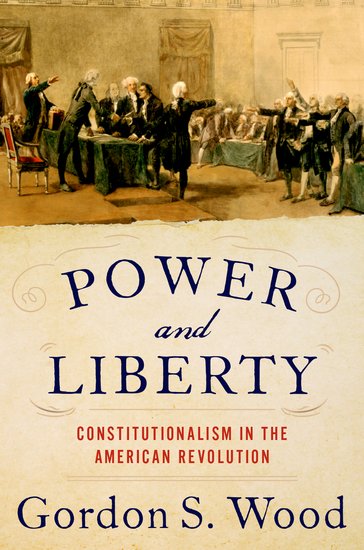 Constitutionalism in the American Revolution

Written by one of early America's most eminent historians, this book masterfully discusses the debates over constitutionalism that took place in the Revolutionary era.

The half century extending from the imperial crisis between Britain and its colonies in the 1760s to the early decades of the new republic of the United States was the greatest and most creative era of constitutionalism in American history, and perhaps in the world. During these decades, Americans explored and debated all aspects of politics and constitutionalism—the nature of power, liberty, representation, rights, the division of authority between different spheres of government,
sovereignty, judicial authority, and written constitutions. The results of these issues produced institutions that have lasted for over two centuries.

In this new book, eminent historian Gordon S. Wood distills a lifetime of work on constitutional innovations during the Revolutionary era. In concise form, he illuminates critical events in the nation's founding, ranging from the imperial debate that led to the Declaration of Independence to the revolutionary state constitution making in 1776 and the creation of the Federal Constitution in 1787. Among other topics, he discusses slavery and constitutionalism, the emergence of the judiciary as
one of the major tripartite institutions of government, the demarcation between public and private, and the formation of states' rights.

Here is an immensely readable synthesis of the key era in the making of the history of the United States, presenting timely insights on the Constitution and the nation's foundational legal and political documents. This first history of Avon traces the direct sales company's growth from its earliest days into an international corporation that operates in more than 60 countries and has had more than 4 million female representatives.

History of Universities XXXIV/1 contains the customary mix of learned articles and book reviews which makes this publication an indispensable tool for the historian of higher education.