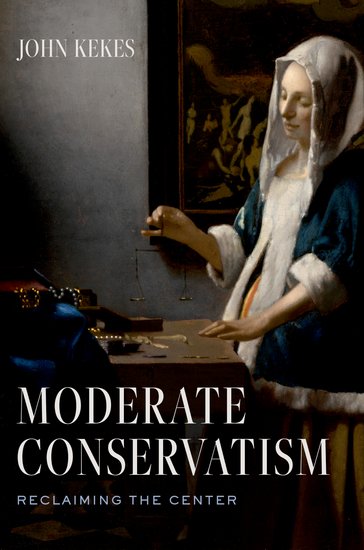 In Moderate Conservatism: Reclaiming the Center John Kekes offers a way forward for those who are alarmed by the current state of politics in America. Kekes makes a reasoned case for moderation, the defense of the United States' constitutional democracy, and a criticism of all forms of political extremism.

Moderate Conservatism: Reclaiming the Center by John Kekes is a response to attacks on the United States' 300-year-old constitutional democracy by extremists on the left and the right. It makes a reasoned case for moderation and the defense of a political system that has endured because it has balanced the often-conflicting claims of justice, liberty, equality, prosperity, and security. That balance is now threatened by extremists who ignore all else but
their grievances. They are blind to the destructive consequences of their attacks on the conditions on which the well-being of all Americans, including their own, depends.

The aim of Moderate Conservatism is to protect the United States' political system. It is a defense of what Americans have and are in danger of losing. Central to it is the rarely conscious patriotism of many millions of citizens who live private lives, earn a living, raise a family, and rely on the political system to protect the conditions in which they can continue to do so. They sustain life as Americans know it. And that life is now threatened by the destructive attacks of
extremists. The United States is in urgent need of the balance and moderation this book describes and defends.