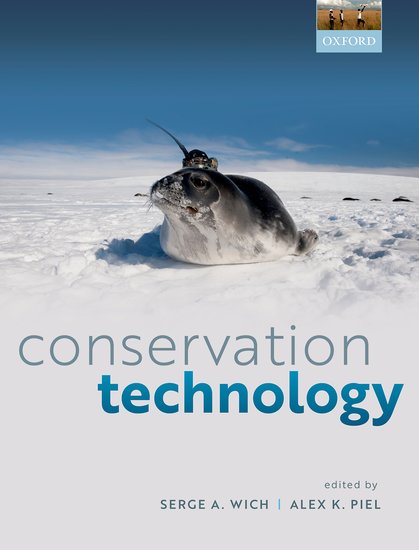 The first comprehensive text to describe the breadth of available technology for conservation and to evaluate its varied applications, bringing together a team of international experts using a diverse range of approaches.

The global loss of biodiversity is occurring at an unprecedented pace. Despite the considerable effort devoted to conservation science and management, we still lack even the most basic data on the distribution and density of the majority of plant and animal species, which in turn hampers our efforts to study changes over time. In addition, we often lack behavioural data from the very animals most influenced by environmental changes; this is largely due to the
financial and logistical limitations associated with gathering scientific data on species that are cryptic, widely distributed, range over large areas, or negatively influenced by human presence.

To overcome these limitations, conservationists are increasingly employing technology to facilitate such data collection. Innovative solutions have been driven by dramatic advances in the conservation-technology interface. The use of camera traps, acoustic sensors, satellite data, drones, and computer algorithms to analyse the large datasets collected are all becoming increasingly widespread. Although specialist books are available on some of these individual technologies, this is the first
comprehensive text to describe the breadth of available technology for conservation and to evaluate its varied applications, bringing together a team of international experts using a diverse range of approaches.

Conservation Technology is suitable for graduate level students, professional researchers, practitioners and field managers in the fields of ecology and conservation biology. Measurement Error in Longitudinal Data tackles the important issue of how to understand and estimate change in the context of imperfect data.

The Oxford Handbook of Cultural Neuroscience and Global Mental Health is the first ever comprehensive overview of this field. It explores how culture influences and affects the neurobiological mechanisms underlying mental health, and the disparities that exist in the treatment of mental health across the world.