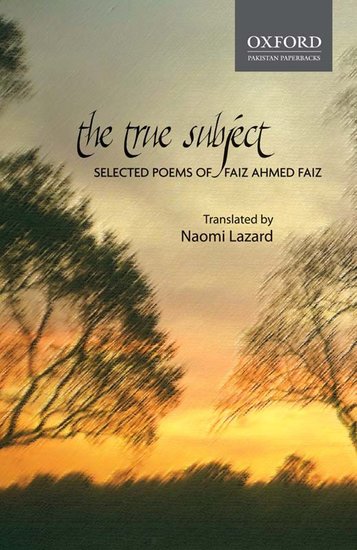 This book contains English translations of selected Urdu poems of Faiz Ahmed Faiz by Naomi Lazard, accompanied by the original poems in Urdu. Both the poet and the translator are renowned poets and worked together to produce the translations.

This book contains English translations of the Urdu poems of Faiz Ahmad Faiz, MBE (1911-1984) by Naomi Lazard (b.1936). No Urdu poet has won so much international renown as Faiz Ahmad Faiz and he appeals to an audience found world-wide. He was a founder of the Progressive Writers Movement in India in 1936. He suffered a number of terms of imprisonment before his literary reputation earned him some respite from persecution. Faiz oversaw the shift of poetic themes from
romantic love to human misery, but the sheer lyricality of his verse won him hordes of admirers across the ideological divide .The translator is herself a poet of renown. Naomi Lazard is a past-President of the Poetry Society of America and has published three volumes of poetry herself, some of
which have been anthologized. The poet and the translator worked together closely to produce these translations. This book had earned renown when first published in 1988, but the translator had withheld re-publication till the Faiz Centennial which is now being celebrated. This shall be the most sought after bilingual book during the Centenary celebrations. 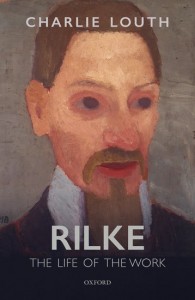 A full-length study of the work of the German poet Rainer Maria Rilke (1875-1926) that studies the breadth of his work, including the translations and the late poems written in French.

Aphrodite Made Me Do It 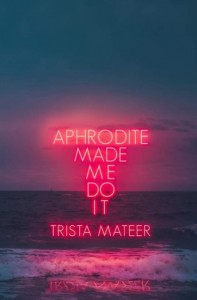 Bestselling and award-winning author Mateer takes an imaginative approach to self-care in this new poetry and prose collection. In this empowering retelling, she uses the mythology of the goddess to weave a common thread through the past and present.