The Impact and Influence of the ILC Articles

The Impact and Influence of the ILC Articles

The law of state responsibility is one of the cornerstones of the modern international legal system, regulating when a state can be held accountable for breaching its obligations under international law, and the consequences of such a breach. The International Law Commission's Articles on Responsibility of States for Internationally Wrongful Act were adopted in 2001 and subsequently endorsed by the UN General Assembly. They are an influential attempt to codify and
progressively develop this fundamental part of international law. Although they have not been further formalised in a treaty, they have gained considerable prominence and many provisions are now regarded as representing customary international law.

This book is a study of the instances in which the Articles have been cited and referred to by international courts and tribunals, other international quasi-judicial bodies, and domestic courts. It provides a detailed assessment of the Articles' current status and the contribution they have made to the development of international law in this area. The book consists of an introduction, and 59 discrete sections, corresponding to the 59 individual provisions of the International Law Commission's
Articles. It provides key extracts from all relevant publicly available cases, alongside background information, key texts, as well as critical commentary, particularly in relation to those decisions which reject or are inconsistent with the approach suggested by the International Law Commission as
reflected in the Articles.

The book comprehensively draws together all relevant, publicly available decisions of international courts and tribunals referring to the Articles, alongside many relevant domestic decisions. It gives readers a full understanding of the extent to which individual provisions of the Articles have been judicially cited and relied upon. This makes it a valuable resource and research tool for legal practitioners, scholars, and students working on the topic of state responsibility in international
law.

Dealing with the law relating to documentary credits in both an English and international context, this book provides information on the law of documentary credits; and an examination of the fundamental concepts of the documentary credit regime including: the principle of autonomy; the doctrine of strict compliance; and the 'fraud exception'.

The Law of Limitation 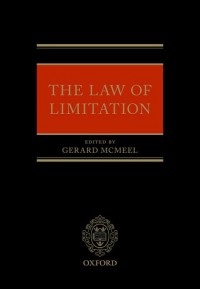 A complete practitioner reference text on general limitation in a range of specialist contexts, giving guidance on the defence of limitation and the application of time limits. 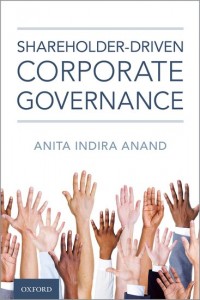 The book develops a conceptshareholder-driven corporate governanceto explain the role of powerful shareholders and to defend a regulatory scheme that furthers their participation in corporate decision-making.