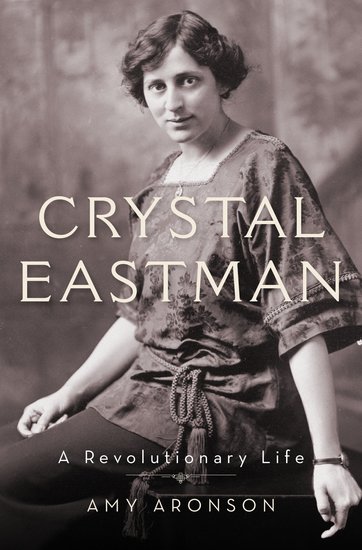 The first biography of Crystal Eastman, this book tells the story of one of the most prominent social justice activists of the twentieth century. A founder of the ACLU, Eastman helped to shape the defining movements of the modern era—labor, feminism, peace, and free speech.

In 1910, Crystal Eastman was one of the most conspicuous progressive reformers in America. By the 1920s, her ardent suffragism, insistent anti-militarism, gregarious internationalism, and uncompromising feminism branded her "the most dangerous woman in America" and led to her exile in England. Yet a century later, her legacy in shaping several defining movements of the modern era—labor, feminism, free speech, peace—is unquestioned.

A founder of the ACLU and Woman's Peace Party, Eastman was a key player in a constellation of high-stakes public battles from the very beginning of her career. She first found employment investigating labor conditions-an endeavor that would produce her iconic publication, Work Accidents and the Law, a catalyst for the first workers' compensation law. She would go on to fight for the rights of women, penning the Equal Rights Amendment with Alice Paul. As a pacifist in the First World
War era, she helped to found the Civil Liberties Bureau, which evolved into the ACLU. With her brother, the writer Max Eastman, she frequented the radical, socialist circles of Greenwich Village. She was also a radical of the politics of private life, bringing attention to cutting-edge issues such as
reproductive rights, wages for housework, and single motherhood by choice.

The first biography of Eastman, this book gives renewed voice to a woman who spoke freely and passionately in debates still raging today — gender equality and human rights, nationalism and globalization, political censorship and media control, worker benefits and family balance, and the monumental questions of war, sovereignty, and freedom.