Between the Lines of the Vienna Convention?

Canons and Other Principles of Interpretation in Public International Law 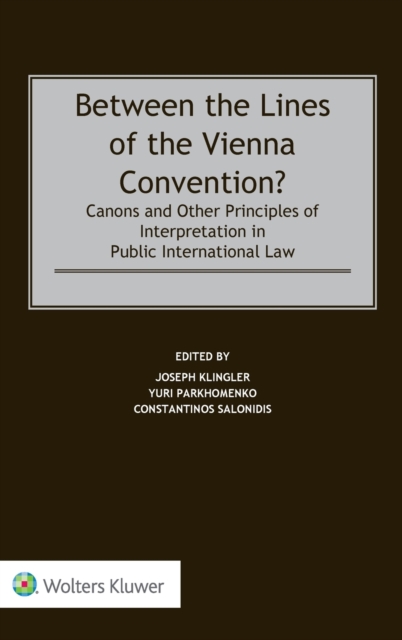 Between the Lines of the Vienna Convention?

Canons and Other Principles of Interpretation in Public International Law

Beschrijving Between the Lines of the Vienna Convention?

What’s in this book:
A top-flight roster of respected scholars and practitioners of public international law offers an in-depth examination of, among other things:

How this will help you:
Extensive analysis of case law and scholarship provides insightful interpretive guidance across virtually every subfield of public international law. With its valuable insights into when the application of particular canons or principles of interpretation is most likely to be appropriate and persuasive, the volume will be of great value to lawyers representing parties (whether states, corporations or individuals) before international dispute resolution bodies, as well as to judges and arbitrators, legal officials at ministries of foreign affairs and scholars of public international law.

This is the first and only publication to provide comprehensive coverage of national laws on conflict of laws, now more commonly referred to as private international law. It presents country-by-country national monographs dealing with the statutes, regulations and case law each country applies to cases involving transnational issues in, e.g., business, family or inheritance law. 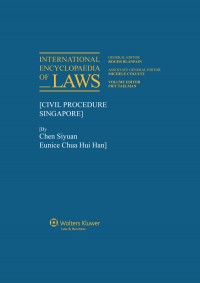 Two major legal trends of recent decades have brought civil procedure within the purview of comparative law. First, the complex international legal relationships created by supranational and intergovernmental organizations often require practitioners to be familiar with legal procedures in other countries.

Dicey, Morris & Collins on the Conflict of Laws 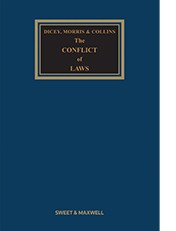 Renowned worldwide as the foremost authority on private international law, Dicey, Morris & Collins on the Conflict of Laws explains the rules, principles and practice that determine how the law of England and Wales relates to other legal systems.