The Oxford Handbook of Early Modern Women's Writing in English, 1540-1700 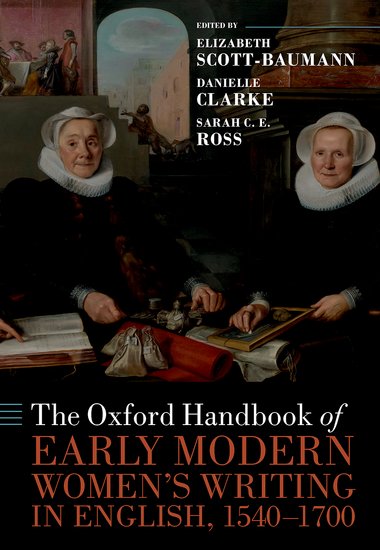 The Oxford Handbook of Early Modern Women's Writing in English, 1540-1700

A Handbook on early modern women's writing that combines new developments in historical and critical research with theoretical and conceptual approaches.

The Oxford Handbook of Early Modern Women's Writing in English, 1540-1700 brings together new work by scholars across the globe, from some of the founding figures in early modern women's writing to those early in their careers and defining the field now. It investigates how and where women gained access to education, how they developed their literary voice through varied genres including poetry, drama, and letters, and how women cultivated domestic and
technical forms of knowledge from recipes and needlework to medicines and secret codes. Chapters investigate the ways in which women's writing was an integral part of the intellectual culture of the period, engaging with male writers and traditions, while also revealing the ways in which women's lives and writings
were often distinctly different, from women prophetesses to queens, widows, and servants.

It explores the intersections of women writing in English with those writing in French, Spanish, Latin, and Greek, in Europe and in New England, and argues for an archipelagic understanding of women's writing in Scotland, Wales, Ireland, and England. Finally, it reflects on—and challenges—the methodologies which have developed in, and with, the field: book and manuscript history, editing, digital analysis, premodern critical race studies, network theory, queer theory, and feminist theory.
The Oxford Handbook of Early Modern Women's Writing in English, 1540-1700 captures the most innovative work on early modern women's writing in English at present. 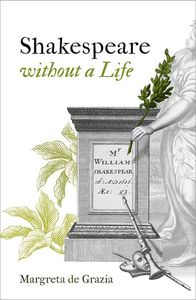 For almost two centuries, Shakespeare had no biography. Neither did his life have a timeline, and historians and archivists did not have the materials to make one. Does this mean that Shakespeare was not valued or understood until after 1800? 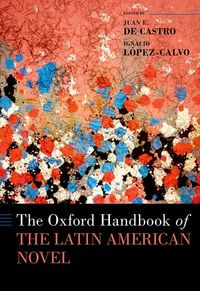 This Handbook charts the literary tradition of the Latin American novel from its beginnings during colonial times, its development during the nineteenth and the first half of the twentieth century, and its flourishing from the 1960s onward. 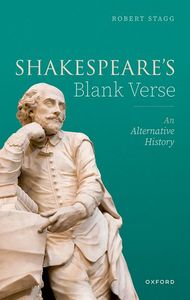