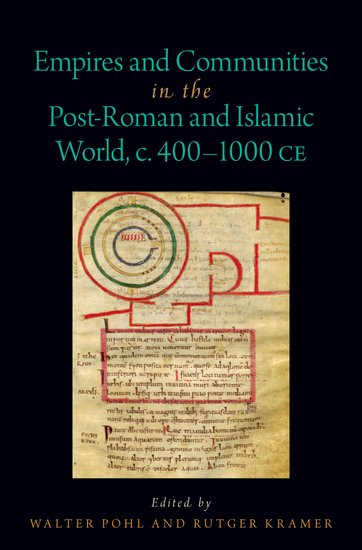 This book deals with the ways empires affect smaller communities and vice versa. It raises the question how these different types of community were integrated into larger imperial structures, and how tensions between local and central interests affected the development of the post-Roman West, Byzantium and the early Islamic world.

This is an open access title available under the terms of a CC BY-NC 4.0 International licence. It is free to read at Oxford Scholarship Online and offered as a free PDF download from OUP and selected open access locations.

This book deals with the ways empires affect smaller communities like ethnic groups, religious communities and local or peripheral populations. It raises the question how these different types of community were integrated into larger imperial edifices, and in which contexts the dialectic between empires and particular communities caused disruption. How did religious discourses or practices reinforce (or subvert) imperial pretenses? How were constructions of identity affected in the process? How
were Egyptians accommodated under Islamic rule, Yemenis included in an Arab identity, Aquitanians integrated in the Carolingian empire, Jews in the Fatimid Caliphate? Why did the dissolution of Western Rome and the Abbasid Caliphate lead to different types of polities in their wake? How was the
Byzantine Empire preserved in the 7th century; how did the Franks construct theirs in the 9th? How did single events in early medieval Rome and Constantinople promote social integration in both a local and a broader framework?

Focusing on the post-Roman Mediterranean, this book deals with these questions from a comparative perspective. It takes into account political structures in the Latin West, in Byzantium and in the early Islamic world, and does so in a period that is exceptionally well suited to study the various expansive and erosive dynamics of empires, as well as their interaction with smaller communities. By never adhering to a single overall model, and avoiding Western notions of empire, this volume
combines individual approaches with collaborative perspectives. Taken together, these chapters constitute a major contribution to the advancement of comparative studies on pre-modern empires. 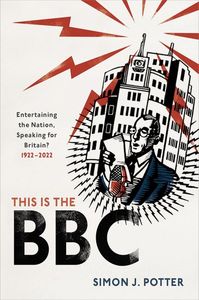 Does the BBC represent the voice of Britain? Historian Simon J. Potter explores the hundred year history of the British Broadcasting Corporation, illuminating the significant impact that the BBC has had on the social and cultural history of Britain, and on how Britain communicates with the wider world.