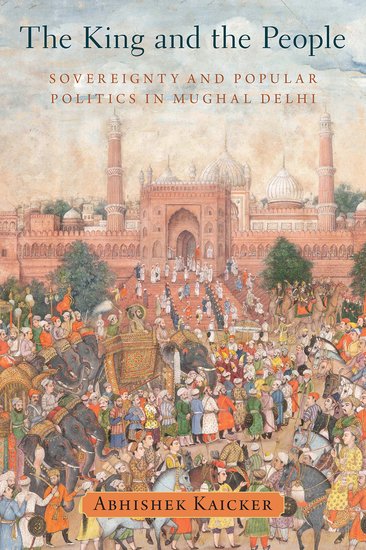 Beschrijving The King and the People

An original exploration of the relationship between the Mughal emperor and his subjects in the space of the Mughal empire's capital, The King and the People overturns an axiomatic assumption in the history of premodern South Asia: that the urban masses were merely passive objects of rule and remained unable to express collective political aspirations until the coming of colonialism. Set in the Mughal capital of Shahjahanabad (Delhi) from its founding to
Nadir Shah's devastating invasion of 1739, this book instead shows how the trends and events in the second half of the seventeenth century inadvertently set the stage for the emergence of the people as actors in a regime which saw them only as the ruled.

Drawing on a wealth of sources from the seventeenth and eighteenth centuries, this book is the first comprehensive account of the dynamic relationship between ruling authority and its urban subjects in an era that until recently was seen as one of only decline. By placing ordinary people at the centre of its narrative, this wide-ranging work offers fresh perspectives on imperial sovereignty, on the rise of an urban culture of political satire, and on the place of the practices of faith in the
work of everyday politics. It unveils a formerly invisible urban panorama of soldiers and poets, merchants and shoemakers, who lived and died in the shadow of the Red Fort during an era of both dizzying turmoil and heady possibilities.

As much an account of politics and ideas as a history of the city and its people, this lively and lucid book will be equally of value for specialists, students, and lay readers interested in the lives and ambitions of the mass of ordinary inhabitants of India's historic capital three hundred years ago.