The Literature of the Japanese American Prison Camps 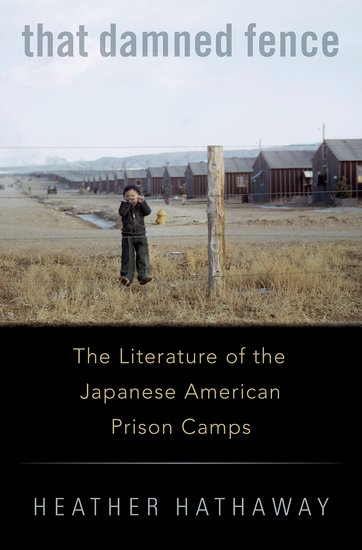 The Literature of the Japanese American Prison Camps

That Damned Fence paints a haunting and intimate portrait of the World War II incarceration of Japanese Americans. Drawing on fiction, journalism, poetry and art produced by the internees themselves, the book explores how factors such as the camps' physical settings; the class, gender and generational composition of their populations; and the attitudes of camp administrators toward the enterprise shaped the experiences of the detained.

Until the late twentieth century, relatively few Americans knew that the United States government forcibly detained nearly 120,000 Japanese Americans during World War II. At war's end, the nation, including many of those who were confined to the ten Relocation Centers—which President Roosevelt initially referred to as "concentration camps"—wished to wipe this national tragedy from memory.

That Damned Fence, titled after a poem written by a Japanese American held at the Minidoka camp in Idaho, draws on the creative work of the internees themselves to cast new light on this historical injustice. While in captivity, detainees produced moving poetry and fiction, compelling investigative journalism, and lasting work of arts to make sense of their hardships and to leave a record of their emotional and psychological suffering.

Heather Hathaway explores the experiences of inmates in five camps—Topaz in Utah; Granada/Amache in Colorado; Rohwer and Jerome in Arkansas; and Tule Lake in northern California—each with their own literary magazines, such as TREK, All Aboard, Pulse, The Pen, Magnet, and The Tulean Dispatch. Conditions in the camps varied dramatically, as did their environments, ranging from sweltering swamplands and sun-blasted desert to frigid mountain
terrain. So too did the inhabitants of each camp, with some dominated by farmers from California's Central Valley and others filled with professionals from the San Francisco Bay area. This disparity extended to the attitudes of camp administrators; some deemed the plan a mistake from the outset while others believed their captives to be a significant
threat to national security.

That Damned Fence reveals the anger and humor, and the deep despair and steadfast resilience with which Japanese Americans faced their wartime incarceration. By emphasizing the inner lives of the unjustly accused and the myriad ways in which they portrayed their captivity, Heather Hathaway gives voice to Americans imprisoned by their own country for their country of origin or appearance.