A Brief History of Ayurveda 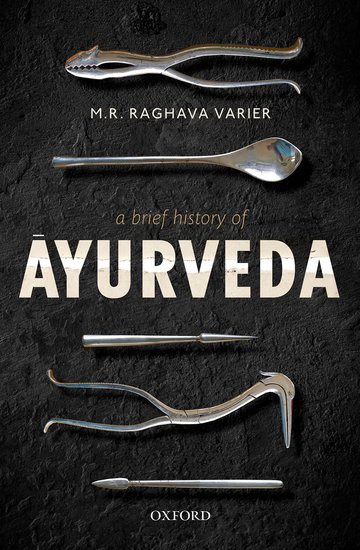 A Brief History of Ayurveda

This is a volume containing information brought out on the basis of fresh enquiries into the developments in different areas of indigenous healing and healthcare. Further it is intended to provide useful knowledge in some allied subjects such as Botanical science, treatment for horses, elephants etc.

Beschrijving A Brief History of Ayurveda

Following a general trend, Ayurveda is often officially described and commonly known even among its practitioners as 'alternative medicine' whereas the available sources clearly show that it was the mainstream health care programme in the sub-continent for roughly more than two and a half millennia in the past. This is perhaps the result of an inherent indifference to the historical background of the development of the indigenous medicine. Medicine and its practice
do not exist in a vacuum nor do they flourish without economic and social necessities. There is no dearth of literature on the history of Ayurveda but most of the available works are in the form of descriptive accounts of or discussions on the content of the classics, their commentaries and so on.
Generally speaking, these volumes seldom make any attempt to place the developments in the system of Ayurveda brought in from time to time against their historical context. This is perhaps due to the approaches, which are, as a rule, myopic to the archaeological and epigraphic sources that shed light on many dimly lit areas of the topic. Access to a proper intellectual apparatus and ideational acumen with an appropriate theoretical frame is essential for a meaningful explanation of medicine and
its practice in India with special reference to their historical context. The present volume is a humble attempt at viewing the stages of development of Ayurveda which was the mainstream indigenous medicine and its practice placing them in their historical context.