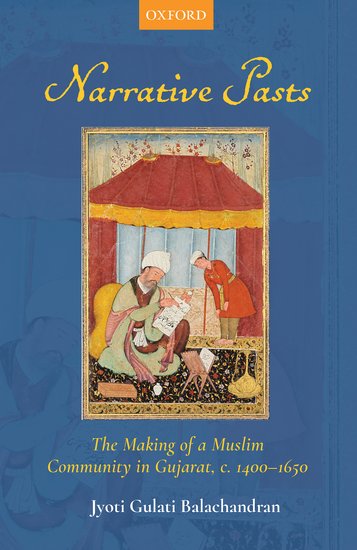 Narrative Pasts reconstructs the literary, social and historical world of Sufi preceptors, disciples, and descendants in Gujarat from the fifteenth to the seventeenth century. This book departs from the narrow state-centered visions of the Muslim past and integrates Gujarat's sultanate and Mughal past to the larger socio-cultural histories of Islamic South Asia.

Narrative Pasts retrieves the social history of a Muslim community in Gujarat, a region that has one of the earliest records of Muslim presence in the Indian subcontinent. By reconstructing the literary, social and historical world of Sufi preceptors, disciples, and descendants from the fifteenth to the seventeenth century, the book reveals the importance of learned Muslim men in imparting a distinct regional and historical identity to Gujarat. The prominence of
Gujarat's maritime location has often oriented the study of Gujarat towards the commercial world of the western Indian Ocean world. Narrative Pasts demonstrates that Gujarat was also an integral part of the historical and narrative processes that shaped medieval and early modern South Asia. Employing new
and rarely used literary materials in Persian and Arabic, this book departs from the narrow state-centered visions of the Muslim past and integrates Gujarat's sultanate and Mughal past to the larger socio-cultural histories of Islamic South Asia.