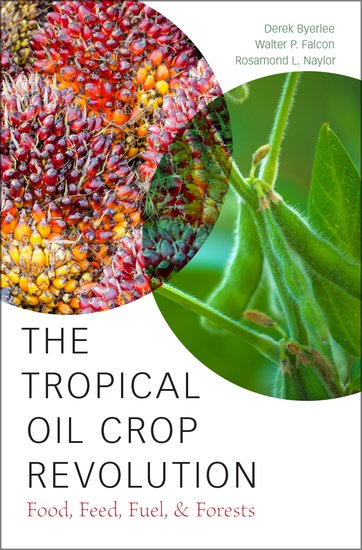 The book provides a broad synthesis of the major supply and demand drivers of the dramatic expansion of oil crops in the tropics; its economic, social, and environmental impacts; and the future outlook to 2050.

Over the last two decades global production of soybean and palm oil seeds have increased enormously. Because these tropically rainfed crops are used for food, cooking, animal feed, and biofuels, they have entered the agriculture, food, and energy chains of most nations despite their actual growth being increasingly concentrated in Southeast Asia and South America. The planting of these crops is controversial because they are sown on formerly forested lands, rely on
large farmers and agribusiness rather than smallholders for their development, and supply export markets. The contrasts with the famed Green Revolution in rice and wheat of the 1960s through the 1980s are stark, as those irrigated crops were primarily grown by smallholders, depended upon public
subsidies for cultivation, and served largely domestic sectors.

The overall aim of the book is to provide a broad synthesis of the major supply and demand drivers of the rapid expansion of oil crops in the tropics; its economic, social, and environmental impacts; and the future outlook to 2050. After introducing the dramatic surge in oil crops, chapters provide a comparative perspective from different producing regions for two of the world's most important crops, oil palm and soybeans in the tropics. The following chapters examine the drivers of demand of
vegetable oils for food, animal feed, and biodiesel and introduce the reader to price formation in vegetable oil markets and the role of trade in linking consumers across the world to distant producers in a handful of exporting countries. The remaining chapters review evidence on the economic,
social, and environmental impacts of the oil crop revolution in the tropics. While both economic benefits and social and environmental costs have been huge, the outlook is for reduced trade-offs and more sustainable outcomes as the oil crop revolution slows and the global, national, and local communities converge on ways to better managed land use changes and land rights.

Information Technology for Small Business: Managing the Digital Enterprise provides an overview of how small and medium business enterprises (SMEs) can use flexibility, agility, and anticipation strategies to better utilize information technology and knowledge management. 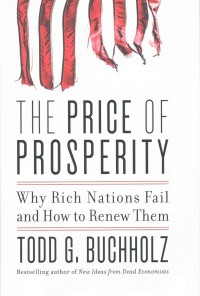 A pair of INSEAD professors present a toolkit to help innovators better conceive disruptive business models that create and revolutionize industries, outlining how to transform a company according to the examples of successful international companies by challenging the assumptions around key decisions.