Reenactment in Postwar and Contemporary Cinema 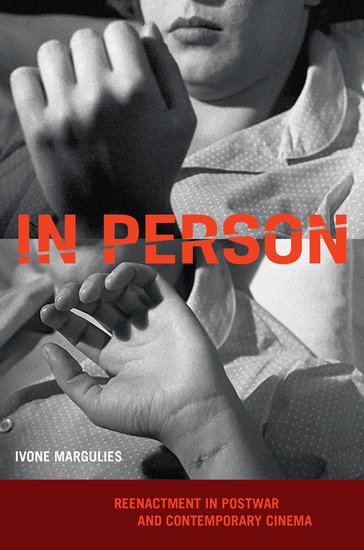 Reenactment in Postwar and Contemporary Cinema

In Person looks at the ways that documentary film is affected when people are cast to reenact their own stories on screen.

In Person: Reenactment in Postwar and Contemporary Cinema delineates a new performative genre based on replay and self-awareness. The book argues that in-person reenactment, an actual person reenacting her past on camera, departs radically from other modes of mimetic reconstruction. In Person theorizes this figure's protean temporality and revisionist capabilities and it considers its import in terms of social representativity and exemplarity.

Close readings of select, historicized examples define an alternate, confessional-performative vein to understand the self-reflexive nature of postwar and post-holocaust testimonial cinemas. The book contextualizes Zavattini's proposal that in neorealism everyone should act his own story in a sort of anti-individualist, public display (Love in the City and We the Women). It checks the convergence between verité experiments, a heightened self-critique in France and the reception of
psychodrama in France (Chronicle of a summer and The Human Pyramid) in the late fifties. And, through Bazin, it reflects on the quandaries of celebrity biopics: how the circularity of the star's iconography is checked by her corporeal limits (Sophia her Own Story and the docudrama Torero!).

In Person traces a shift from the exemplary and transformative ethos of fifties reenactment towards the un-redemptive stance of contemporary reenactment films such as Lanzmann's Shoah, Zhang Yuan's Sons, Andrea Tonacci's Hills of Chaos. It defines continuities between verite testimony (Chronicle, and Moi un Noir) and later para-juridical films such as the Karski Report and Rithy Panh's S21, the Khmer Rouge Killing
Machine suggesting the power of co-presence and in person actualization for an ethics of viewership.

Storytelling for Film and Television

"Storytelling for Film and Television is a theory and practice book which offers a definitive introduction to the art of storytelling through writing, directing and editing. Author Ken Dancyger provides a comprehensive explanation of the tools that underpin successful narrative filmmaking and television production. 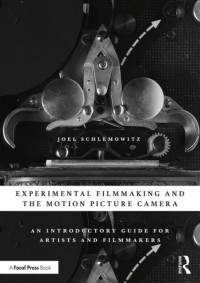 "Gothic Heroines on Screen explores the translation of the literary Gothic heroine on screen, the potential consequences of these adaptations and contemporary interpretations of the form. Each chapter illuminates the significance of this moving image mediation, relating its screen topics to their various historical, social, and geographical moments of production, while maintaining a focus on the key figure of the investigating woman.