The Moral Exploitation of the American Soldier 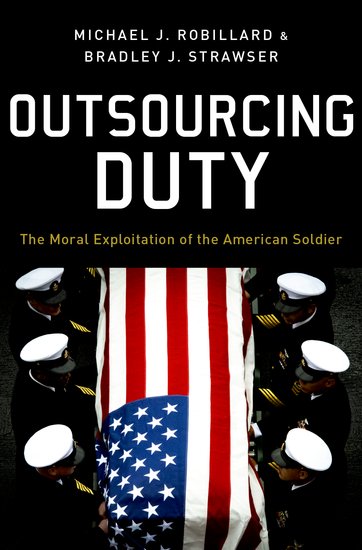 The Moral Exploitation of the American Soldier

Are contemporary soldiers exploited by the state and society which they defend? More specifically, have America's professional service members disproportionately carried the moral weight of America's war-fighting decisions since the inception of the all-volunteer force post-Vietnam and since 9/11?

Are contemporary soldiers exploited by the state and society that they defend? More specifically, have America's professional service members disproportionately carried the moral weight of America's war-fighting decisions since the inception of an all-volunteer force? In this volume, Michael J. Robillard and Bradley J. Strawser, who have both served in the military, examine the question of whether and how American soldiers have been exploited in this way.

Robillard and Strawser offer an original normative theory of 'moral exploitation'—the notion that persons or groups can be wrongfully exploited by being made to shoulder an excessive amount of moral weight. They make the case that this exploitation accurately describes the relationship between the United States and the members of its military, and offer a thorough and in-depth analysis of some of the exploitative and misleading elements of present-day military recruitment, the moral burdens
soldiers often bear, and the stifling effect that a 'Thank You for Your Service' and 'I support the troops' culture has had on serious public engagement about America's ongoing wars. Robillard and Strawser offer a piercing critique of the pernicious divide between military members and the civilians who
direct them. They conclude by arguing for several normative and prudential prescriptions to help close this ever-widening fissure between the U.S. and its military, and within the U.S. itself. In so doing, their work gives a much needed and urgent voice to America's soldiers, the other 1%. 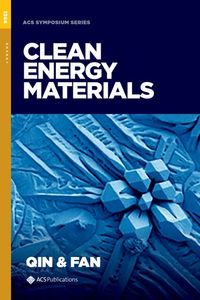 This book explores recent advancements in and applications of materials in energy conversions and fuel utilization, providing the reader with a deeper look into cutting-edge research on energy materials.

The Thread of Energy 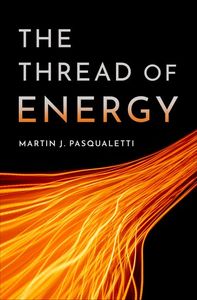 The Thread of Energy breaks down the most influential driver of human actions and decision making: energy. In this book, geographer Martin J. Pasqualetti exposes the technical and fundamental influences of energy, preparing scholars for the coming energy transitions that lie ahead.

Catalytic and Noncatalytic Upgrading of Oils 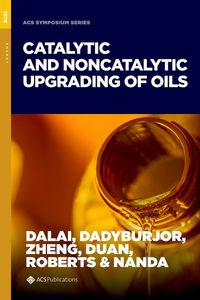