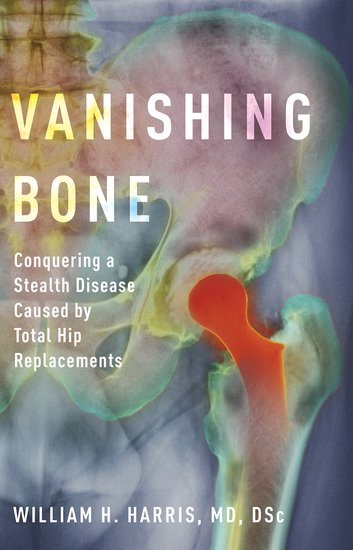 Vanishing Bone unravels the mystery of a totally novel disease which causes the massive destruction of bone in individuals with total hip implants. Although initially considered 'rare,' at its peak the disease affected over a million patients.

When dozens of holes appeared in a patient's femur alongside his hip prosthesis, experts were baffled as such a phenomenon had never been seen before. Over the first four decades of total hip surgery, the severe bone destruction multiplied, crippling many thousands of patients. Eventually identified as "periprosthetic osteolysis," this devastating disease affected over 1 million patients and was the leading cause of failure in total hip surgery. While total hip
surgery dramatically reversed severe arthritis of the hip, the same operation simultaneously created a relentless 'particle generator' in the body. Ironically, in the effort to do good, doctors were simultaneously doing major harm.

Vanishing Bone: Conquering a Stealth Disease Caused by Total Hip Replacements takes readers on a detective adventure in contemporary medical science, from the identification of the cause of the disease through the complex process of affecting its cure. Dr. William H. Harris and his colleagues played an important role in solving the mystery of this disease, pointing to its molecular biology, recognizing the unusual wear of the prostheses, and ultimately developing a new material for use
in the manufacture of hip implants. With more than 6 million people walking on this stable, low-wear material, the disease has been virtually eliminated among those with total hip replacements worldwide. Diseases are rarely observed, revealed, and eliminated in one lifetime. Vanishing Bone tells the
captivating story of one such disease through an engaging account of scientific and medical innovation.

Psychiatric disorders like dementia and depression are very common among older people. Written by experts in clinical practice, this handbook provides an easy to use and comprehensive account of what is known about these conditions, how clinicians can respond to given situations, and how services can be best organised. 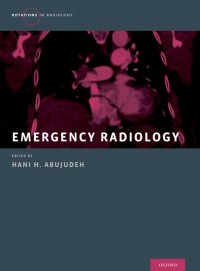 Emergency Radiology presents a comprehensive review of emergency pathologies commonly encountered by practicing radiologists and residents in training. This book offers a guided approach to imaging diagnosis with examples of all imaging modalities complimented by the basics of interpretation and technique and the nuances necessary to arrive at the best diagnosis. 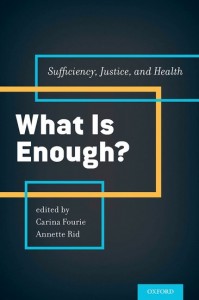 Sufficientarian approaches maintain that justice should aim for each person to have "enough". But what is sufficiency? What does it imply for health or health care justice?