We Are Not One People

Secession and Separatism in American Politics Since 1776 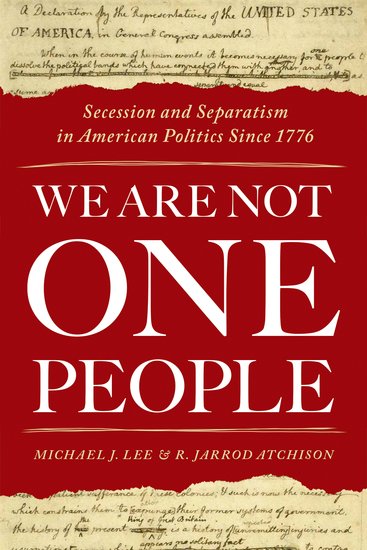 We Are Not One People

Secession and Separatism in American Politics Since 1776

We Are Not One People is a far-reaching account of the varied disunionists who have unmade the nation since its separation from Great Britain. Michael J. Lee and R. Jarrod Atchison argue that separatism is endemically American, and the persistence of American separatism reveals as much about the nation's political culture as it does the would-be separatists.

Beschrijving We Are Not One People

E pluribus unum was suggested for the national seal in 1776, but national oneness has been haunted by its opposite ever since. We Are Not One People demonstrates how the persistence of separatist movements in American history reveals as much about the nation's politics as it does the would-be separatists. Each chapter explores how great swaths of Americans of every ideological stripe, in good times and bad, in and beyond the South, have disputed the
nation's oneness and stressed its divisibility. Trumpeted in American myths, mottos, movies, and songs, separatism is omnipresent in American political culture. Separatist rhetoric has shaped Americans' experience of what it means to be an American, and we can learn much about the durable appeal and enduring
fragility of the United States from those who tried to leave it. As one Vermont separatist quips, leaving is as American "as apple pie."

We Are Not One People is a bold, pathbreaking, and far-reaching account of disunionists from 1776 to the present who wanted, as phrased in the Declaration of Independence, "to dissolve the political bands" connecting them to other Americans.