Tourism, Environmental Protection, and National Parks in the Twentieth Century 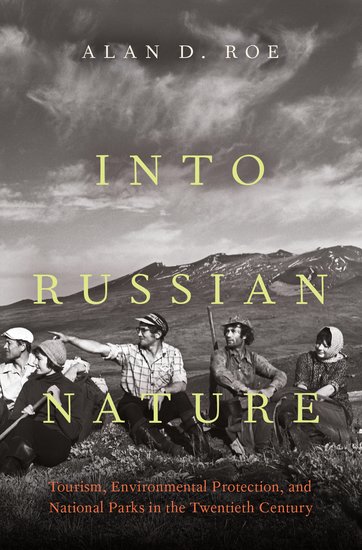 Tourism, Environmental Protection, and National Parks in the Twentieth Century

National parks are perhaps the most recognized environmental protection institution in the world and have long attracted the interest of historians. This is the first academic work on Russian national parks.

Since the early twentieth century, nations around the world have set aside protected areas for tourism, recreation, scenery, wildlife, and habitat conservation. In Russia, biologists and geographers had been intrigued with the idea of establishing national parks before the Revolution, but instead persuaded the government successfully to establish nature reserves (zapovedniki) for scientific research during the USSR's first decades. However, as the state pushed
scientists to make zapovedniki more useful during the 1930s, some of the system's staunchest defenders started supporting tourism in them.

In Into Russian Nature, Alan D. Roe offers the first history of the Russian national park movement. In the decades after World War II, the USSR experienced a tourism boom and faced a chronic shortage of tourism facilities. During these years, Soviet scientists took active part in Western-dominated international environmental protection organizations and enthusiastically promoted parks for the USSR as a means to expand recreational opportunities and reconcile environmental protection
and economic development goals. In turn, they hoped they would bring international respect to Soviet nature protection efforts and help instill in Russian/Soviet citizens a love for the country's nature and a desire to protect it. By the end of the millennium, Russia had established thirty-five parks to
protect iconic landscapes in places such as Lake Baikal. Meanwhile, national park opponents presented them as an unaffordable luxury during a time of economic struggle, especially after the USSR's collapse. Despite unprecedented collaboration with international organizations, Russian national parks received little governmental support as they became mired in land-use conflicts with local populations.

Exploring parks from European Russia to Siberia and the Far East, Into Russian Nature narrates efforts, often frustrated by the state, to protect Russia's vast and unique physical landscape.