Asking and Telling in Conversation 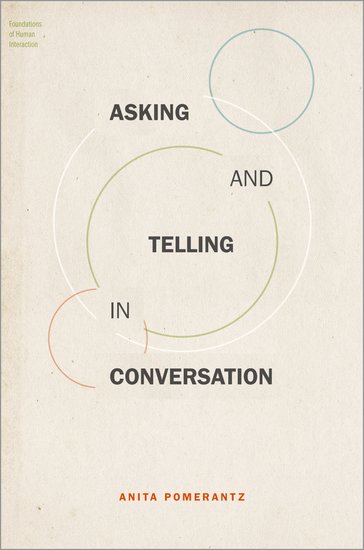 Asking and Telling in Conversation

Asking and Telling in Conversation is a collection of Anita Pomerantz's research focusing on the complexities of asking and telling something to another person. Pomerantz is one of the pioneers of the multidisciplinary field of Conversation Analysis, and this book brings together nine of her most influential articles-each framed with a new introduction discussing the central research question and concluding remarks explaining her current views.

Beschrijving Foundations of Human Interaction: Asking and Telling in Conversation

Anita Pomerantz is one of the pioneers of Conversation Analysis (CA), a field that has grown from a small and marginalized subfield into a significant, international, multidisciplinary field of inquiry. CA now enjoys widespread acceptance and appreciation, thanks in large part to Pomerantz's contributions.

Asking and Telling in Conversation collects Pomerantz's most influential articles across the span of her career, focusing on the complexities of asking and telling something to another person. The actions of asking and telling may seem straightforward, but speakers deal with a number of complexities when they ask and tell. Pomerantz's work focuses on the ways in which the performances of asking and telling are shaped by, and shape, the identities of the participants, the activities in
which they are engaged, what was said and done prior to the actions in question, and the anticipated reactions to their talk and action. Each of the volume's nine chapters is framed by original pieces by Pomerantz which discuss the significance and contribution of the article to current studies in CA. In
addition to the new introductions and closing commentary for each work, this book includes full introductory and concluding chapters that draw out the connections across the author's work. Pomerantz also shares her reflections on preference organization, which she first analyzed in her foundational research nearly fifty years ago.

Bringing together seminal works of CA with contemporary analysis in the field, this book sheds new light on important questions-and answers-in communication studies. A collection of work from a foremost scholar, Asking and Telling in Conversation is an invaluable resource for scholars and students of Conversation Analysis. This is the first of three volumes offering a new history of lexicography in and beyond the early modern British Isles. This volume focuses on the period from the end of the Middle Ages to the year 1600, exploring the first printed dictionaries, Latin and foreign language dictionaries, and specialized English wordlists. 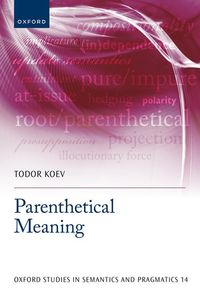 Todor Koev investigates the semantics and pragmatics of a representative sample of parenthetical constructions from three theoretical viewpoints. He argues that these constructions fall into two major classes, pure and impure, and explains parenthetical meaning through a formally precise and predictive dynamic model. A detailed analysis of the syntax of early Byzantine Greek texts from Egypt that traces the bilingual interference in the syntax of verbs, adverbial phrases, clause linkage as well as in semi-formulaic expressions and formulaic frames.