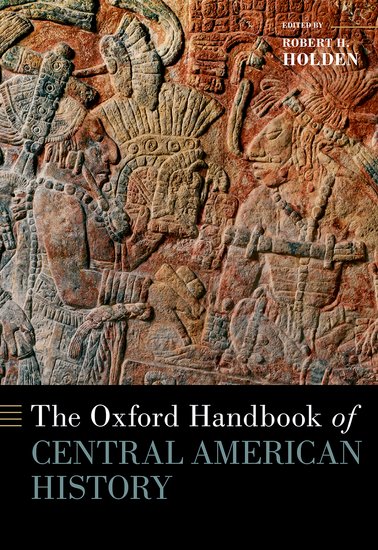 Leading scholars of Central America offer critical analyses of major themes in the historiography of this seven-country region of Latin America. Chapters engage both the novice's search for basic orientation and context, and the experienced scholar's interest in evaluative critiques of the historical literature.

Central America is a region defined primarily by its geographical configuration as a canal-friendly isthmus, and its three-century history as the Spanish Kingdom of Guatemala. Having gained independence in 1821, the Kingdom broke up into the nations of Guatemala, Honduras, El Salvador, Nicaragua, and Costa Rica after two turbulent decades as a federated republic. Political instability and violence, poverty and inequality, ethnic strife, military rule, and a historic
economic dependence on the export of coffee and bananas marked the region's history. Owing to its isthmian geography and political strife, Central America became a frequent target of US government intervention. Intense US political, economic, and military action both preceded and accompanied the
revolutionary civil wars of the 1970s and 1980s. With British Honduras's independence from Great Britain in 1981 as Belize, and the acquisition by Panama of full sovereignty over its territory in 1999, Central America increasingly defined itself as a region of seven countries.

The Oxford Handbook of Central American History analyzes major themes in the historiography of this seven-nation region of Latin America. Individual chapters interpret the histories of each of the seven countries. Most concentrate on themes that cut across national boundaries, beginning with the history of the region's diverse natural environment, and continuing with the Indigenous peoples, the Spanish conquest and colonial rule, and the independence process. Nine chapters focus on
region-wide problems that emerged with great salience after independence, including the economy, US relations, the armed forces, the Cold War, religion, and literature, among others. Together, the book's twenty-five chapters illuminate Central America's coherence as a region of Latin America while emphasizing
its diversity within and across national boundaries.