Pioneers in the Attic 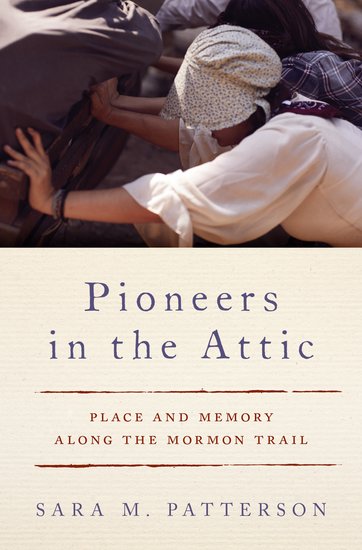 Pioneers in the Attic

Pioneers in the Attic explores the way in which narratives of place came to establish Mormon identity in the twentieth and twenty-first centuries, and how early understandings of "gathering" and "Zion" encouraged individuals to migrate and live communally in the Great Basin region of the American West.

Beschrijving Pioneers in the Attic

Why do thousands of Mormons devote their summer vacations to following the Mormon Trail? Why does the Church of Jesus Christ of Latter-day Day Saints spend millions of dollars to build monuments and Visitor Centers that believers can visit to experience the history of their nineteenth-century predecessors who fled westward in search of their promised land? Why do so many Mormon teenagers dress up in Little-House-on-the-Prairie-style garb and push handcarts over the
highest local hills they can find? And what exactly is a "traveling Zion"? In Pioneers in the Attic, Sara Patterson analyzes how and why Mormons are engaging their nineteenth-century past in the modern era, arguing that as the LDS community globalized in the late twentieth and early twenty-first
centuries, its relationship to space was transformed.

Following their exodus to Utah, nineteenth-century Mormons believed that they must gather together in Salt Lake Zion - their new center place. They believed that Zion was a place you could point to on a map, a place you should dwell in to live a righteous life. Later Mormons had to reinterpret these central theological principles as their community spread around the globe, but to say that they simply spiritualized concepts that had once been understood literally is only one piece of the puzzle.
Contemporary Mormons still want to touch and to feel these principles, so they mark and claim the landscapes of the American West with versions of their history carved in stone. They develop rituals that allow them not only to learn the history of the nineteenth-century journey west, but to engage
it with all of their senses. Pioneers in the Attic reveals how modern-day Mormons have created a sense of community and felt religion through the memorialization of early Mormon pioneers of the American West, immortalizing a narrative of shared identity through an emphasis on place and collective memory.