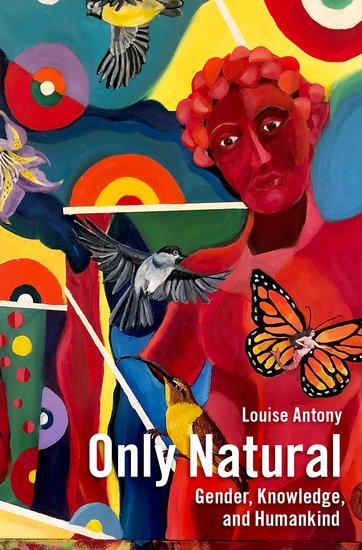 Louise Antony's broadly interdisciplinary work brings a naturalistic perspective to philosophical issues of both theoretical and practical importance and center on a key theme—whether, and how, facts about human embodiment ought to constrain philosophical theories.

This volume showcases the work of philosopher Louise Antony, and her influential contributions to feminist and analytic philosophy, epistemology, and the philosophy of mind. Her broadly interdisciplinary work brings a naturalistic perspective to philosophical issues of both theoretical and practical importance and center on a key theme—whether, and how, facts about human embodiment ought to constrain philosophical theories.

Antony argues that feminist criticisms of analytic epistemology have brought to light some serious limitations of mainstream approaches to the theory of knowledge, and that a naturalistic approach to epistemology is called for. In Part One of this volume, she considers the relationship between feminism and analytic philosophy of mind and language, with special attention to "speech act" theories of pornography. In Part Two, she defends naturalized epistemology both as a correct approach to the
study of human knowledge, and as a useful tool for progressive activists in the struggle for social justice. And in Part Three, she confronts nature-nurture debates, particularly as these erupt in debates about gender and racial equality. Throughout the volume, she makes the case for a philosophical
method informed by empirical science.

Collecting these articles alongside a new introduction reveal the underlying unity and impressive power of Antony's work over several decades. Groundbreaking at the time of their publication, and more relevant today, this collection will be of interest to a wide range of philosophical readers.