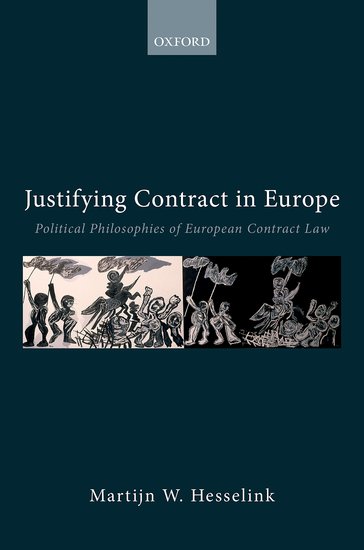 Beschrijving Collected Courses of the Academy of European Law: Justifying Contract in Europe

This title explores the normative foundations of European contract law. It addresses fundamental political questions on contract law in Europe from the perspective of leading contemporary political theories. Does the law of contract need a democratic basis? To what extent should it be Europeanised? What justifies the binding force of contract and the main remedies for breach? When should weaker parties be protected? Should market transactions be considered legally
void when they are immoral? Which rules of contract law should the parties be free to opt out of? Adopting a critical lens, this book interrogates utilitarian, liberal-egalitarian, libertarian, communitarian, civic republican, and discourse-theoretical political philosophies and analyses the answers
they provide to these questions. It also situates these theoretical debates within the context of the political landscape of European contract law and the divergent views expressed by lawmakers, legal academics, and other stakeholders.

This work moves beyond the acquis positivism, market reductionism, and private law essentialism that tend to dominate these conversations and foregrounds normative complexity. It explores the principles and values behind various arguments used in the debates on European contract law and its future to highlight the normative stakes involved in the practical question of what we, as a society, should do about contract law in Europe. In so doing, it opens up democratic space for the consideration
of alternative futures for contract law in the European Union, and for better justifications for those parts of the EU contract law acquis we wish to retain.