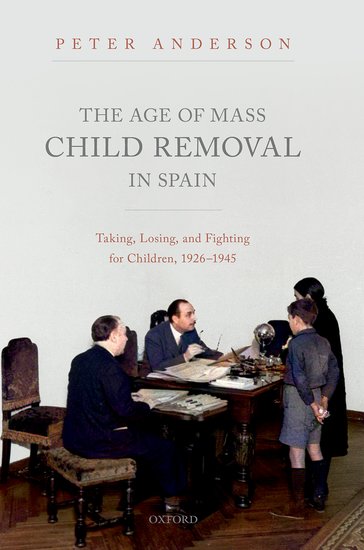 Beschrijving The Age of Mass Child Removal in Spain

The Age of Mass Child Removal in Spain analyses the ideas and practices that underpinned the age of mass child removal. This era emerged from growing criticisms across the world of 'dangerous' parents and the developing belief in the nineteenth century that the state could provide superior guardianship to 'unfit' parents. In the late nineteenth century, the juvenile-court movement led the way in forging a new and more efficient system of child removal that
severely curtailed the previously highly protected sovereignty of guardians deemed dangerous. This transnational movement rapidly established courts across the world and used them to train the personnel and create the systems that frequently lay behind mass child removal. Spaniards formed a significant part of
this transnational movement and the country's juvenile courts became involved in the three main areas of removal that characterize the age: the taking of children from poor families, from families displaced by war, and from political opponents.

The study of Spanish case files reveals much about how the removal process worked in practice across time and across democratic regimes and dictatorships. These cases also afford an insight into the rich array of child-removal practices that lay between the poles of coercion and victimhood. Accordingly, the study offers a history of some of most marginalized parents and children and recaptures their voice, agency, and experience. Peter Anderson also analyses the removal of tens of thousands of
children from General Franco's political opponents, sometimes referred to as the lost children of Francoism, through the history and practice of the juvenile courts.