Nicolaus of Damascus and the Augustan Context 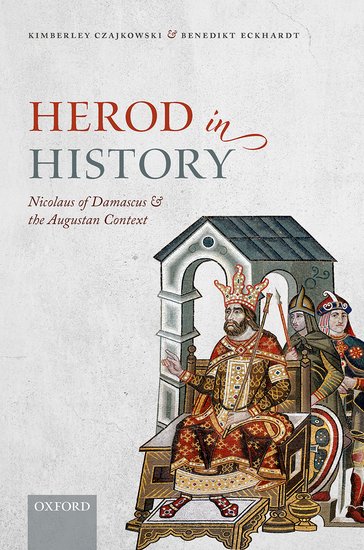 Nicolaus of Damascus and the Augustan Context

Herod in History takes a modern, source-critical approach to Josephus' Jewish War and Jewish Antiquities to show how it relied heavily on Nicolaus of Damascus lost Universal History, and reassesses Nicolaus's contribution to the historiography of Herod the Great's reign.

Most of our information about Herod the Great derives from the accounts found in Josephus' Jewish War and Jewish Antiquities. Together they constitute a unique resource on one of the most famous personalities of ancient history. But from where did Josephus get his information? It is commonly agreed that his primary source was Nicolaus of Damascus, Herod's court historian, though the extent to which Josephus adapted his material remains disputed.
Herod in History takes a modern, source-critical approach to Josephus' extensive account of Herod's reign to suggest that Josephus did indeed rely heavily on Nicolaus's work, but that previous scholarship was mistaken in seeing Nicolaus as a mere propagandist. Nicolaus may have begun his Universal History while Herod was
alive, but he finished it after his death and so had no reason to write propaganda. This makes his work all the more interesting, for what we have instead is something rather different: a Syrian intellectual claiming a place in Augustan Rome, by telling a story about what the Augustan World looks like on the Eastern periphery. Kimberley Czajkowski and Benedikt Eckhardt delineate Nicolaus' approach to various critical topics in Herod's reign in order to reveal his perception of client kingship,
the impact of empire, and the difficulties involved in ruling Judaea. This study uncovers an Eastern intellectual's view on how to succeed and how to fail in the new Augustan world order. 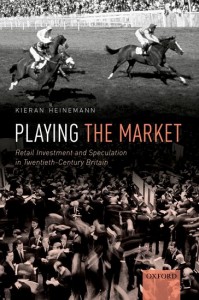 This book explores the distinctively British obsession with investment and speculation. It explains how and why everyday British people increasingly invested, speculated, and gambled in stocks and shares from the outbreak of World War I, over the postwar decades and the Thatcher years, up until the premiership of Tony Blair.