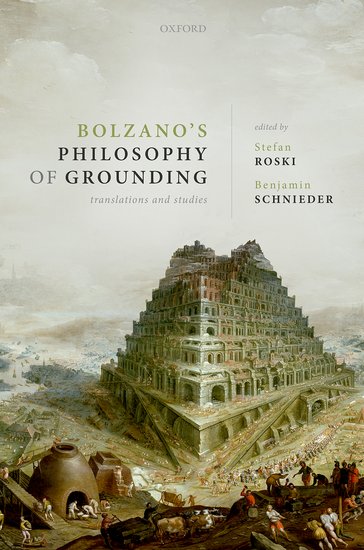 This volume presents translations of key writings by the great 19th-century philosopher Bernard Bolzano, on what is now called grounding, a notion of prime importance in metaphysics and philosophy of explanation.

One of the liveliest debates in contemporary philosophy concerns the notions of grounding and metaphysical explanation. Many consider these notions to be of prime importance for metaphysics and the philosophy of explanation, or even for philosophy in general, and lament that they had been neglected for far too long.

Although the current debate about grounding is of recent origin, its central ideas have a long and rich history in Western philosophy, going back at least to the works of Plato and Aristotle. Bernard Bolzano's theory of grounding, developed in the first half of the nineteenth century, is a peak in the history of these ideas. On Bolzano's account, grounding lies at the heart of a broad conception of explanation encompassing both causal and non-causal cases. Not only does his theory exceed most
earlier theories in scope, depth, and rigour, it also anticipates a range of ideas that take a prominent place in the contemporary debate. But despite the richness and modernity of his theory, it is known only by a comparatively small circle of philosophers predominantly consisting of Bolzano
scholars.

Bolzano's Philosophy of Grounding is meant to make Bolzano's ideas on grounding accessible to a broader audience. The book gathers translations of Bolzano's most important writings on these issues, including material that has hitherto not been available in English. Additionally, it contains a survey article on Bolzano's conception and nine research papers critically assessing elements of the theory and/or exploring its broad range of applications in Bolzano's philosophy and
beyond.