A Study in Early Modern Administration 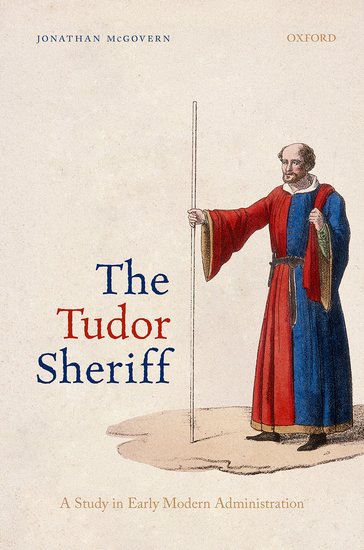 A Study in Early Modern Administration

Sheriffs were among the most important local office-holders in early modern England. They were generalist officers of the king responsible for executing legal process, holding local courts, empanelling juries, making arrests, executing criminals, collecting royal revenue, holding parliamentary elections, and many other vital duties. Although sheriffs have a cameo role in virtually every book about early modern England, the precise nature of their work has remained
something of a mystery.

The Tudor Sheriff offers the first comprehensive analysis of the shrieval system between 1485 and 1603. It demonstrates that this system was not abandoned to decay in the Tudor period, but was effectively reformed to ensure its continued relevance. Jonathan McGovern shows that sheriffs were not in competition with other branches of local government, such as the Lords Lieutenant and justices of the peace, but rather cooperated effectively with them. Since the office of sheriff was
closely related to every other branch of government, a study of the sheriff is also a study of English government at work.