Leadership, law and legacy for Women Based on Experiences from South and Southeast Asia 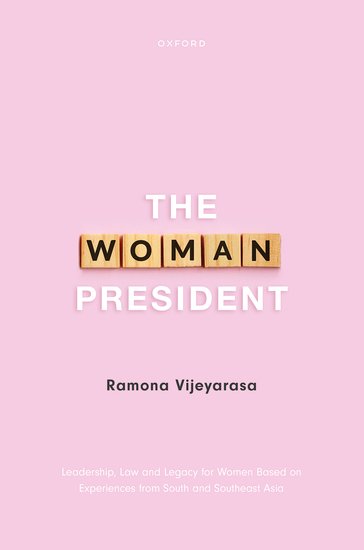 Leadership, law and legacy for Women Based on Experiences from South and Southeast Asia

A unique comparative study of women's leadership and the law, offering new ways for understanding the impact of female presidential leadership on women's everyday lives. By analysing the legal legacies of four women presidents in Asia, this book challenges and expands our understanding of what constitutes a woman's issue.

Too much attention is paid to the absence of women leaders around the world rather than their presence, leaving a gap in our understanding of the difference women leaders make on the lives of fellow women. The Woman President presents a unique comparative study of women's leadership and the law, offering new ways for understanding the impact of female presidential leadership on women's everyday lives by analysing the legal legacies of four women presidents:
Corazon Aquino (1986-1992), Gloria Macapagal Arroyo (2001-2010), Megawati Sukarnoputri (2001-2004), and Chandrika Bandaranaike Kumaratunga (1994-2005).

It uses a new and innovative methodology, the Gender Legislative Index, to score laws enacted during these four tenures from a women's rights perspective. The findings challenge and expand our understanding of what constitutes a woman's issue, bringing within its gendered analysis labour law reform, democracy, anti-corruption, poverty-alleviation, and pro-peace interventions, alongside more oft-considered terrain such as gender-based violence, reproductive rights, gender equality quotas, and
women's rights at work. This book also offers important insights into the institutional and social mechanisms that enable women leaders to lead for women, including women's movements and global networks of women presidents and prime ministers. The words of women leaders themselves-both from personal
interviews and speeches-bring depth to the assessments and conclusions drawn. The Woman President offers new tools and sharpens old ones to provide an essential comparative contribution to our knowledge about the dynamics and impact of female presidencies, drawing from the realities of the Asia region.