The Oxford Handbook of Portuguese Politics 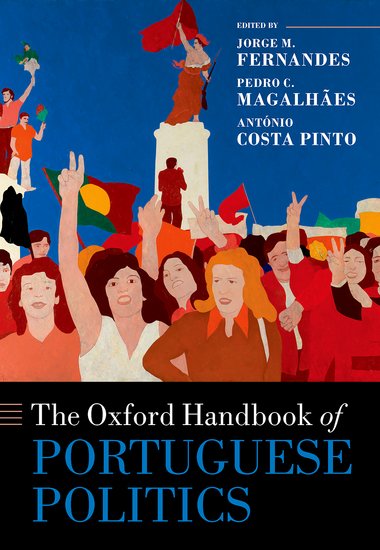 The Oxford Handbook of Portuguese Politics

The Oxford Handbook of Portuguese Politics brings together the best scholars in the field offering an unrivalled coverage of the politics of the country over the past 50 years. The eight sections examine historical background, institutions, policymaking, European integration, and defence, amongst others.

The Oxford Handbook of Portuguese Politics brings together the best scholars in the field offering an unrivalled coverage of the politics (broadly defined) of the country over the past 50 years. The Handbook includes eight sections. First, it looks at the past and present by making an overview of Portuguese political developments since democratization in the 1970s. Second, it looks at political institutions as the building blocks of Portuguese democracy. The
third section examines mass politics and voters, that is, a thorough analysis of the demand-side of mass politics. The fourth section turns to the supply side of mass-politics by looking at parties and the party system. The fifth section looks at the Portuguese society by unpacking a plethora of societal
aspects with direct implications for politics. The sixth section examines governance and public policies, with a view to understanding how a constellation of public policies has an impact on the quality of governance and in fostering well-being. The seventh section looks at Portugal and the European Union. The eighth and final section unpacks Portuguese foreign policy and defence.