Sexuality and Gender in the Nineteenth-Century Archives 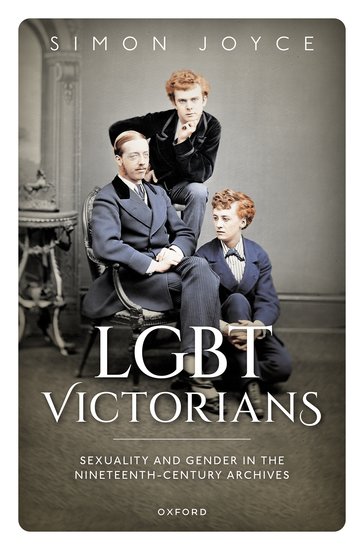 Sexuality and Gender in the Nineteenth-Century Archives

LGBT Victorians explores Victorian thought around gender and sexual identity to examine how Victorians considered these identity categories to have produced and shaped each other, highlighting a range of individuals including Anne Lister, the defendants in the 1870s “Fanny and Stella” trial, Karl-Heinrich Ulrichs, and John Addington Symonds.

It has been decades since Michel Foucault urged us to rethink "the repressive hypothesis" and see new forms of sexual discourse as coming into being in the nineteenth century, yet the term "Victorian" still has largely negative connotations. LGBT Victorians argues for re-visiting the period's thinking about gender and sexual identity at a time when our queer alliances are fraying. We think of those whose primary self-definition is in terms of sexuality
(lesbians, gay men, bisexuals) and those for whom it is gender identity (intersex and transgender people, genderqueers) as simultaneously in coalition and distinct from each other, on the assumption that gender and sexuality are independent aspects of self-identification. Re-examining how the Victorians considered
such identity categories to have produced and shaped each other can ground a more durable basis for strengthening our present LGBTQ+ coalition.

LGBT Victorians draws on scholarship reconsidering the significance of sexology and efforts to retrospectively discover transgender people in historical archives, particularly in the gap between what the nineteenth century termed the sodomite and the hermaphrodite. It highlights a broad range of individuals (including Anne Lister, and the defendants in the "Fanny and Stella" trial of the 1870s), key thinkers and activists (including Karl-Heinrich Ulrichs and Edward Carpenter), and
writers such as Walt Whitman and John Addington Symonds to map the complicated landscape of gender and sexuality in the Victorian period. In the process, it decenters Oscar Wilde and his imprisonment from our historical understanding of sexual and gender nonconformity.