The Metaphysics of Laws of Nature

The Rules of the Game 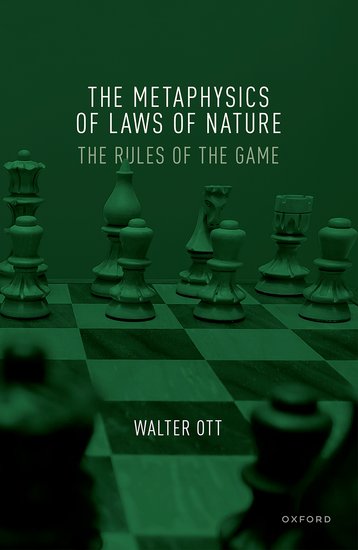 The Metaphysics of Laws of Nature

The Rules of the Game

Since the seventeenth century, the idea that there are 'laws' of nature that govern our world has been attended by controversy. Walter Ott traces the fortunes of three prominent positions on the matter, from their origins to the present day, and attempts to settle the rules of the debate along the way.

Beschrijving The Metaphysics of Laws of Nature

It can seem obvious that we live in a world governed by laws of nature, yet it was not until the seventeenth century that the concept of a law came to the fore. Ever since, it has been attended by controversy: what does it mean to say that Boyle's law governs the expansion of a gas, or that the planets obey the law of gravity? Laws are rules that permit calculations and predictions. What does the universe have to be like, if it is to play by them?

This book sorts the most prominent answers into three families. Laws first arose in a theological context; they govern events only because God enforces them. Those wishing to reverse the order of explanation, and argue that the powers of objects fix the laws, struggled to claim for themselves the results of new science. The stand-off between these two families bred a third which rejects any kind of enforcer for the laws. On this view, laws summarize events; they do not govern anything.

This book traces the fortunes of the three families, from their origins to the present day. It uses objections - and the revisions needed to answer them - to produce the best representative of each. Along the way, it tries to settle the rules of this game, the debate over laws of nature. What should we expect from an account of laws? The book aims to help readers develop their own desiderata and judge the merits of the competing positions.