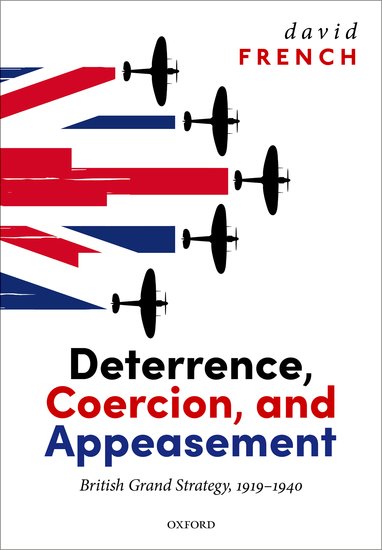 Deterrence, Coercion, and Appeasement presents a compelling and original survey of British grand strategy in the inter-war period. Whereas most existing accounts privilege either diplomacy and foreign affairs, intelligence, or military affairs more narrowly, this study underlines the inexorable relationships between foreign policy, grand strategy, military force, intelligence, finance and not least, domestic politics and public opinion. Britain was the
world's only global power in the inter-war period, and it confronted problems on a global scale. Policy-makers sought two goals: peace with security. They did so successfully in the 1920s, partly due to favourable circumstances that made their task relatively easy, and partly because they understood the
strengths and limitations of British power and knew how to wield them. The situation deteriorated rapidly in the 1930s, however, as the international system became increasingly unfavourable to Britain. Policy-makers proved less adept than their predecessors at meeting these new challenges, partly because those challenges were more formidable, but also because they lacked the self-confidence of their predecessors, who had held high office during the most difficult years of the First World War
and who lacked their understanding of how to wield the lever of international power. The study ends by providing a new and more sophisticated account of how and why Neville Chamberlain appeased the fascist powers in the late 1930s, and why Winston Churchill opposed him and eventually supplanted him in
May 1940.