Mussolini in Myth and Memory 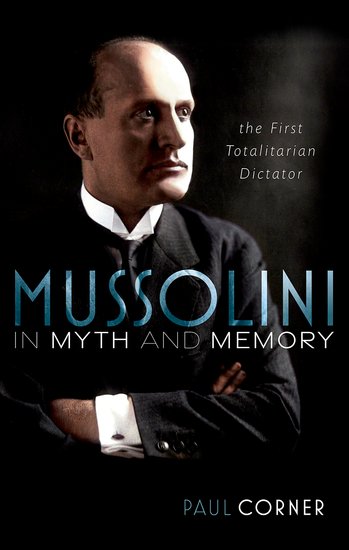 Mussolini in Myth and Memory

Mussolini in myth and memory. Paul Corner looks at the brutal reality of the Italian dictator's fascist regime and confronts the nostalgia for dictatorial rule evident today in many European countries.

Beschrijving Mussolini in Myth and Memory

Mussolini in myth and memory. Paul Corner looks at the brutal reality of the Italian dictator's fascist regime and confronts the nostalgia for dictatorial rule evident today in many European countries.

Mussolini has rarely been taken seriously as a totalitarian dictator; Hitler and Stalin have always cast too long a shadow. But what was a negative judgement on the Duce, considered innocuous and ineffective, has begun to work to his advantage. As has occurred with many other European dictators, present-day popular memory of Mussolini is increasingly indulgent; in Italy and elsewhere he is remembered as a strong, decisive leader and people now speak of the 'many good things' done by the regime.
After all, it is said, Mussolini was not like 'the others'. Mussolini in Myth and Memory argues against this rehabilitation, documenting the inefficiencies, corruption, and violence of a highly repressive regime and exploding the myths of Fascist good government. But this short study does not limit
itself to setting the record straight; it seeks also to answer the question of why there is nostalgia - not only in Italy - for dictatorial rule. Linking past history and present memory, Corner's analysis constructs a picture of the realities of the Italian regime and examines the more general problem of why, in a moment of evident crisis of western democracy, people look for strong leadership and take refuge in the memory of past dictatorships. If, in this book, Fascism is placed in its
totalitarian context and Mussolini emerges firmly in the company of his fellow dictators, the study also shows how a memory of the past, formed through reliance on illusion and myth, can affect the politics of the present.