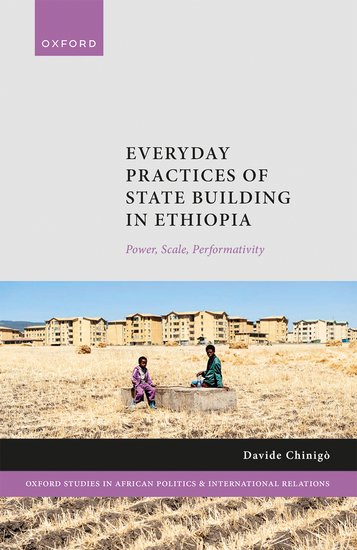 Everyday practices of state building interrogates the question about how to reinstate movement to our conceptualisation of state formation in Africa at a time in which the continent witnesses profound social and political transformations inscribed in increasingly globalised and localised dynamics. The book revisits key theories of the state adopting a detailed empirical approach that studies how state power operates in the everyday. It locates the mutual constitution
of state and society in the wide set of scalar processes that articulate how state power structures social life and, simultaneously, creates the conditions of possibility for new openings and social formations. Drawing on five qualitative fieldworks in Ethiopia between 2006 and 2018, the book
identify some important challenges that the ruling Ethiopian Peoples' Revolutionary Democratic Front (EPRDF) has encountered in institutionalising power through the developmental state, an ambitious model of state-mediated economic liberalisation intended to fulfil the broader re-organisation of the Ethiopian state along Ethnic Federalism since 1991. The case studies discuss how policies of resettlement, decentralisation, agriculture commercialisation, entrepreneurship, and
industrialisation, inscribed dynamics of inclusion and exclusion in both rural and urban areas. Against these profound transformations beneficiaries casted new meanings to land, place, and work along struggles to secure reproduction. Interrogating the notions of scale and performativity, the book revisits dominant
approaches that in African studies read state formation along centre-periphery relations, and ascribe cultural interpretations to the work of state power in the everyday, ultimately contributing to important discussions about authoritarianism and ethnonationalism in contemporary Ethiopia.

Oxford Studies in African Politics and International Relations is a series for scholars and students working on African politics and International Relations and related disciplines. Volumes concentrate on contemporary developments in African political science, political economy, and International Relations, such as electoral politics, democratization, decentralization, the political impact of natural resources, the dynamics and consequences of conflict, and the nature of the
continent's engagement with the East and West. Comparative and mixed methods work is particularly encouraged. Case studies are welcomed but should demonstrate the broader theoretical and empirical implications of the study and its wider relevance to contemporary debates. The series focuses on sub-Saharan Africa,
although proposals that explain how the region engages with North Africa and other parts of the world are of interest.