A Study in Ontology 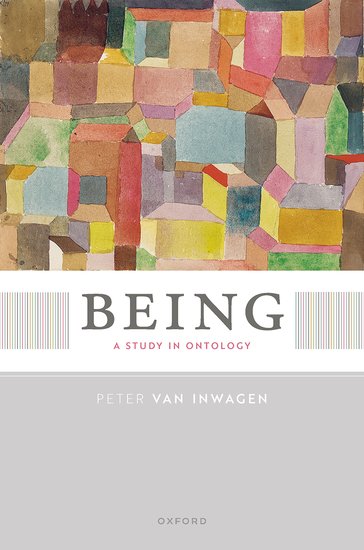 A Study in Ontology

Being presents and defends a meta-ontology and an ontology. Peter van Inwagen offers answers to the ontological question 'What is there?' and to the questions of meta-ontology: 'What is it to be (or to exist)?'

For millennia, philosophers have debated about the existence of things - not only the existence of things like God, demons and the soul, but things like mathematical objects, qualities and attributes, or merely possible states of affairs and people. Ontology is the present-day name for the part of philosophy that addresses such questions. Being attempts to answer these old questions-and the question of how one should go about attempting to answer them.

This book presents and defends a meta-ontology and an ontology. Quine has taught us to use the word 'ontology' as a label for the part of philosophy that addresses "the ontological question" - 'What is there?' Meta-ontology, then, is the part of philosophy that addresses two questions, 'What is it to be (or to exist)?' and 'How should one attempt to answer the ontological question?' Chapters 1 and 5 are devoted to meta-ontology - Chapter 1 to a defense of the "neo-Quinean" meta-ontology,
Chapter 5 to an examination of various alternative meta-ontologies. The essence of neo-Quineanism is that 'x exists' and 'Something is x' and 'The number of things that are x is not 0' mean more or less the same thing'. Neo-Quineanism obviously entails that there are no non-existent things, for nothing is
such that nothing is it and everything is such that the number of things identical with it is 1. Chapter 2 is an examination of various positions that imply that there are non-existent things. The topic of Chapter 3 is the ancient "problem of universals," or the problem of the existence and nature of abstract objects. Chapter 4 is devoted to questions concerning possible worlds and other objects belonging to the ontology of modality.