Evolutionary Ecology of the Functional Response 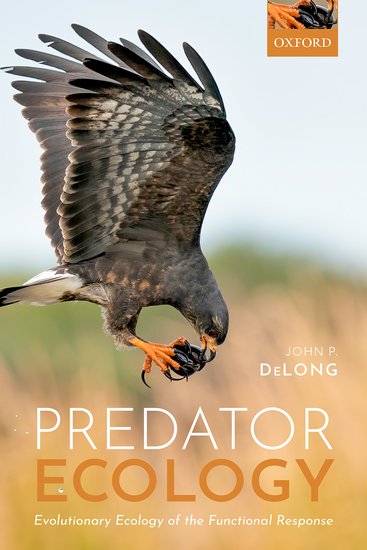 Evolutionary Ecology of the Functional Response

Predator-prey interactions are ubiquitous, govern the flow of energy up trophic levels, and strongly influence the structure of ecological systems. They are typically quantified using the functional response - the relationship between a predator's foraging rate and the availability of food.

Predator-prey interactions are ubiquitous, govern the flow of energy up trophic levels, and strongly influence the structure of ecological systems. They are typically quantified using the functional response - the relationship between a predator's foraging rate and the availability of food. As such, the functional response is central to how all ecological communities function - since all communities contain foragers - and a principal driver of the abundance,
diversity, and dynamics of ecological communities.

The functional response also reflects all the behaviors, traits, and strategies that predators use to hunt prey and that prey use to evade predation. It is thus both a clear reflection of past evolution, including predator-prey arms races, and a major force driving the future evolution of both predator and prey. Despite their importance, there have been remarkably few attempts to synthesize or even briefly review functional responses. This novel and accessible book fills this gap, clearly
demonstrating their crucial role as the link between individuals, evolution, and community properties, representing a highly-integrated and measurable aspect of ecological function. It provides a clear entry point for students, a refresher for more advanced researchers, and a motivator for future
research.

Predator Ecology is an advanced textbook suitable for graduate students and researchers in ecology and evolutionary biology seeking a broad, up-to-date, and authoritative coverage of the field. It will also be of relevance and use to mathematical ecologists, wildlife biologists, and anyone interested in predator-prey interactions. Apparently alone in the Universe, the Earth glows bright with life, a cosmic oasis of biodiversity. This book considers life on Earth, and human interactions with it culminating in our domination of the living world, and asks what we have learnt about our biosphere, the risks it faces, and how we might become stewards of the life around us.

The Badgers of Wytham Woods Through a mix of accessible, highly readable prose and cutting-edge science, the authors weave a riveting scientific story of the lives of these intriguing creatures, highlighting the broader insights into mammalian behaviour, ecology, epidemiology, evolutionary biology, and conservation by using badgers as a model system. This book gives an account of the remarkable discoveries that were made during the 1872-1876 voyage of the HMS Challenger, and it describes the strange and bizarre creatures that live in perpetual darkness a kilometer or more below the surface of the sea.