The Kaiser and the Colonies

Monarchy in the Age of Empire

The Kaiser and the Colonies

Monarchy in the Age of Empire

Many view Kaiser Wilhelm II as having personally ruled Germany, dominating its politics, and choreographing its leap to global power, but The Kaiser and the Colonies shows that he played a surprisingly muted role in the German Empire in contrast to the lively, varied, innovative responses to German imperialism from monarchs around the world.

Beschrijving The Kaiser and the Colonies

Many have viewed Kaiser Wilhelm II as having personally ruled Germany, dominating its politics, and choreographing its ambitious leap to global power. But how accurate is this picture?

As The Kaiser and the Colonies shows, Wilhelm II was a constitutional monarch like many other crowned heads of Europe. Rather than an expression of Wilhelm II's personal rule, Germany's global empire and its Weltpolitik had their origins in the political and economic changes undergone by the nation as German commerce and industry strained to globalise alongside other European nations.

More central to Germany's imperial processes than an emperor who reigned but did not rule were the numerous monarchs around the world with whom the German Empire came into contact. In Africa, Asia, and the Pacific, kings, sultans and other paramount leaders both resisted and accommodated Germany's ambitions as they charted their own course through the era of European imperialism. The result was often violent suppression, but also complex diplomatic negotiation, attempts at manipulation, and
even mutual cooperation.

In vivid detail drawn from archival holdings, The Kaiser and the Colonies examines the surprisingly muted role played by Wilhelm II in the German Empire and contrasts it to the lively, varied, and innovative responses to German imperialism from monarchs around the world. 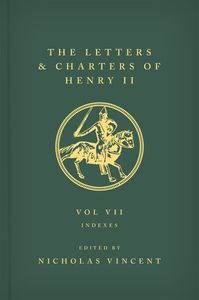 Habit Forming explores American drug addiction and recreational drug use from 1776 to 1914, providing important historical context for the ongoing War on Drugs.