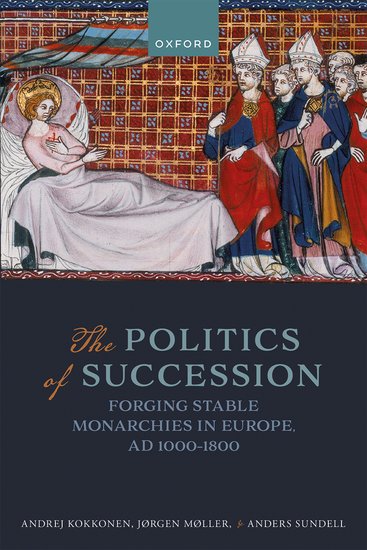 Beschrijving The Politics of Succession

The death of the ruler poses a significant threat to the stability of any polity. Arranging for a peaceful and orderly succession has been a formidable challenge in most historical societies, and it continues to be a test that modern authoritarian regimes regularly face and often fail.

Drawing on a unique dataset of the life and fates of monarchs in all major monarchies in Medieval and Early Modern Europe, The Politics of Succession documents how succession have historically been moments of violence and insecurity. Deaths of rulers were often associated with civil war, and the shadow cast by looming successions caused coups and depositions.

But this book also shows that the development and spread of primogeniture - the eldest-son-taking-the-throne - mitigated the problem of succession in Europe in the period after AD 1000. The predictability and stability that followed from a clear hereditary principle outweighed the problems of incompetent and irrational rulers sometimes inheriting power. The data used in the book demonstrates that primogeniture reduced the risk of depositions and civil war following the inevitable deaths of
leaders.

In this way, hereditary monarchy helped create political stability and lengthen the time horizons of rulers and elites alike, thereby facilitating state-building. The book thus sheds light on the rationale of a system of leader selection that today often appears illogical and outdated - and it uses these findings to shed light on the key advantage of modern representative democracy: its ability to complete power transfers peacefully.