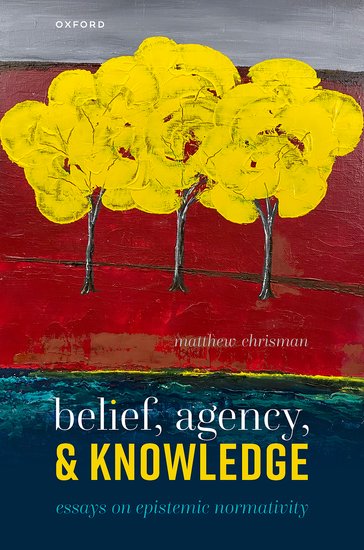 Belief, Agency, and Knowledge is a study focused on the normative aspects of epistemology. More specifically, it is concerned with the nature of epistemic norms and their relation both to the value of knowledge and to the structure of cognitive agency.

Epistemology is not just about the nature of knowledge or the analysis of concepts such as 'knows' and 'justified'. It is also about what we ought to believe and how we ought to investigate and reason about what is the case. This is a study focused on these normative aspects of epistemology. More specifically, it is concerned with the nature of epistemic norms and their relation both to the value of knowledge and to the structure of cognitive agency. The first part
develops a theory of doxastic agency according to which believers exercise agency in the ongoing activity of maintaining systems of belief. The second part defends an account of the grip epistemic norms have on us and the nature of our epistemic values. These are explained in terms of the way that a
state, such as a person's belief, can be subject to robust social norms and be valued for its stability not only individually, but, crucially, within epistemic communities. The third part proposes some foundations for a meta-epistemological theory of epistemic discourse that takes seriously the idea that knowledge attributions are partly normative, and hence should be partly classified on the 'ought' side of the division between claims about what reality is like, and claims about what people
ought to do, think, and feel.