The Samurai and the Cross 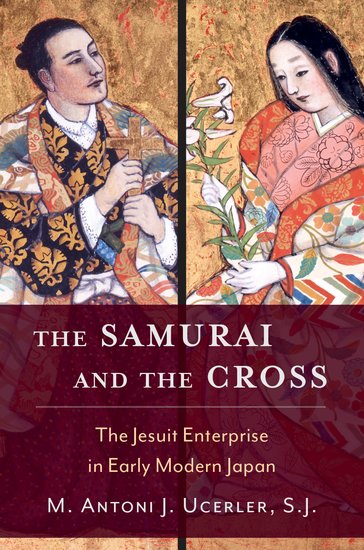 The Samurai and the Cross

M. Antoni J. Ucerler examines how the Jesuit missionaries sought new ways to communicate their faith in an unfamiliar linguistic, cultural, and religious environment—and how they sought to "re-invent" Christianity in the context of samurai Japan.

Beschrijving The Samurai and the Cross

In 1614 the shogunate prohibited Christianity amidst rumors of foreign plots to conquer Japan. But more than the fear of armed invasions, it was the ideological threat—or "spiritual conquest"—that the Edo shogunate feared the most. This book explores the encounter of Christianity and premodern Japan in the wider context of global and intellectual history. M. Antoni J. Ucerler examines how the Jesuit missionaries sought new ways to communicate their faith in an
unfamiliar linguistic, cultural, and religious environment—and how they sought to "re-invent" Christianity in the context of samurai Japan. They developed an original "moral casuistry" or "cases of conscience" adapted to the specific dilemmas faced by Japanese Christians.

This volume situates the European missionary "enterprise" in East Asia within multiple geopolitical contexts: Both Ming China and "Warring States" Japan resisted the presence of foreigners and their beliefs. In Japan, where the Jesuits were facing persecution in the midst of civil war, they debated whether they could intervene in military conflicts to protect local communities. Others advocated for the establishment of a "Christian republic" or civil protectorate. Based on little-known primary
sources in various languages, The Samurai and the Cross explores the moral and political debates over religion, law, and "reason of state" that took place on both the European and the Japanese side.