A life and legacy 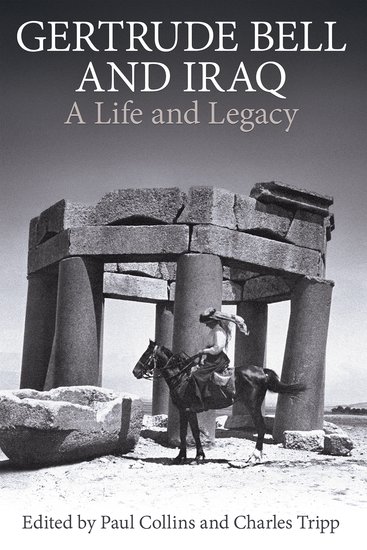 A life and legacy

Gertrude Bell (1868-1926) was a key figure in the setting up of the Iraqi state and monarchy after the First World War. Arabist, Persian speaker, scholar, and traveller, she was an imperial administrator with a deep concern for the archaeological heritage of Iraq.

Beschrijving Proceedings of the British Academy: Gertrude Bell and Iraq

This is a major re-evaluation of the life and legacy of Gertrude Lowthian Bell (1868-1926), the renowned scholar, explorer, writer, archaeologist, and British civil servant. The book examines Gertrude Bell's role in shaping British policy in the Middle East in the first part of the 20th century, her views of the cultures and peoples of the region, and her unusual position as a woman occupying a senior position in the British imperial administration. It focuses
particularly on her involvement in Iraq and the part she played in the establishment of the Iraqi monarchy and the Iraqi state.

In addition, the book examines her interests in Iraq's ancient past. She was instrumental in drawing up Iraq's first Antiquities Law in 1922 and in the foundation of the Iraq Museum in 1923.

Gertrude Bell refused to be constrained by the expectations of the day, and was able to succeed in a man's world of high politics and diplomacy. She remains a controversial figure, however, especially in the context of the founding of the modern state of Iraq. Does she represent a more innocent age when the country was born out of the remnants of the Ottoman Empire, or does she personify the attitudes and decisions that have created today's divided Middle East? The volume's authors bring new
insights to these questions.