Projections and Perceptions of France in Britain c1880-1944 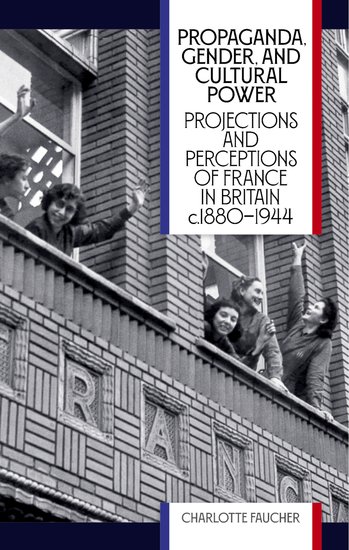 Projections and Perceptions of France in Britain c1880-1944

Propaganda, Gender, and Cultural Power tells the story of the gendered methods, policies, and institutions that contributed to the making of French cultural diplomacy in Britain, against the backdrop of war, changing Franco-British relations, European tensions and the global transformation of what 'foreign affairs' meant to states.

Propaganda, Gender, and Cultural Power: Projections and Perceptions of France in Britain c1880-1944 analyses the powerful motivations that fuelled members of civil society, and in particular women, to dedicate their resources in the pursuit of improving the image of France in Britain through cultural strategies. By tracing the origins and development of this new diplomatic method, Faucher reveals how French citizens, British Francophiles, and eventually the
French state, promoted French culture in Britain. At the same time, it discusses interwar gender-based discrimination in the field of cultural diplomacy; wartime catalysts for change - in particular the arrival of child refugees and the introduction of new propaganda methods in the French and British
diplomatic spheres; and the political contests over ownership of cultural production. By studying the projections and perceptions of France in Britain, Faucher also paints a new picture of cultural cosmopolitanism in Britain.